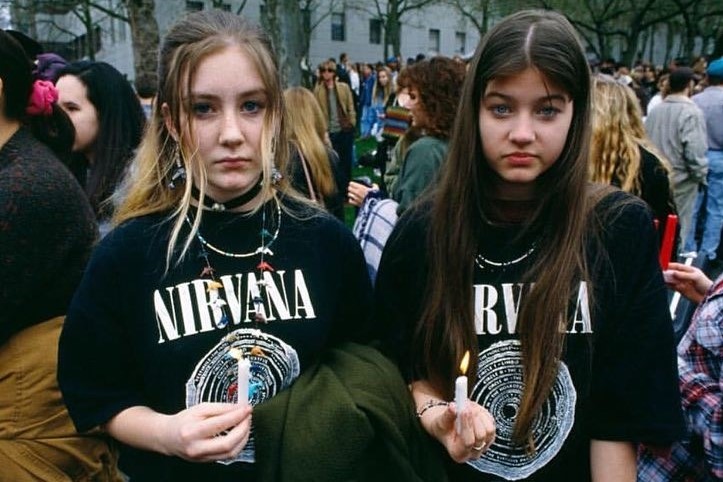 An heir of the late British artist C. W. Scott-Giles claims that the band used her grandfather’s illustration on merch dating back to 1989

Over the last few years, Nirvana’s iconic smiley face logo has caused more than its fair share of legal trouble, beginning with allegations of trademark infringement against Marc Jacobs in 2019 (after the designer reissued his “Bootleg Redux Grunge” SS93 collection) and reignited last year when a graphic designer claimed ownership of the original image. Now, though, another of the grunge band’s more recognisable merch designs is at the centre of a legal dispute.

In a new lawsuit brought against the band, an heir of the late British artist C. W. Scott-Giles alleges that they ripped off an image he designed. The map of hell was reportedly drawn by Scott-Giles for a translation of Dante’s “Inferno” dating back to 1949.

Though Scott-Giles died in 1982, the April 28 lawsuit is filed by the Jocelyn Bundy, who says that she noticed a version of her grandfather’s design on Nirvana merch in January this year. An image “virtually identical to the illustration” can be seen on Nirvana t-shirts, vinyl, keyrings, patches, and other merch, states the complaint (via Blabbermouth), and is recognised by fans as the “Seven Circles of Hell” or “Vestibule” design.

“Further research revealed that some of the unauthorized uses of the illustration on Nirvana-branded merchandise date as far back as 1989,” it adds, adding that previous copyright actions have implied that Kurt Cobain created the illustration, or that it was in the public domain.

Robert Fisher, the artist claiming the smiley face design (and designer of several Nirvana record covers), made a similar statement last year, saying: “I don’t think it’s fair that they try and take out a copyright and say Kurt did it… Since I drew it, I want to be known as the guy that drew it. It’s as simple as that.”

Bundy’s recent complaint concludes: “Nirvana and some of the other defendants have maintained this position in their responses to (the) plaintiff’s continuing requests to cease their wrongful conduct in the U.S. and abroad.”

View some of the allegedly-offending merchandise below, and read more about Nirvana’s ongoing court battle with Marc Jacobs here.