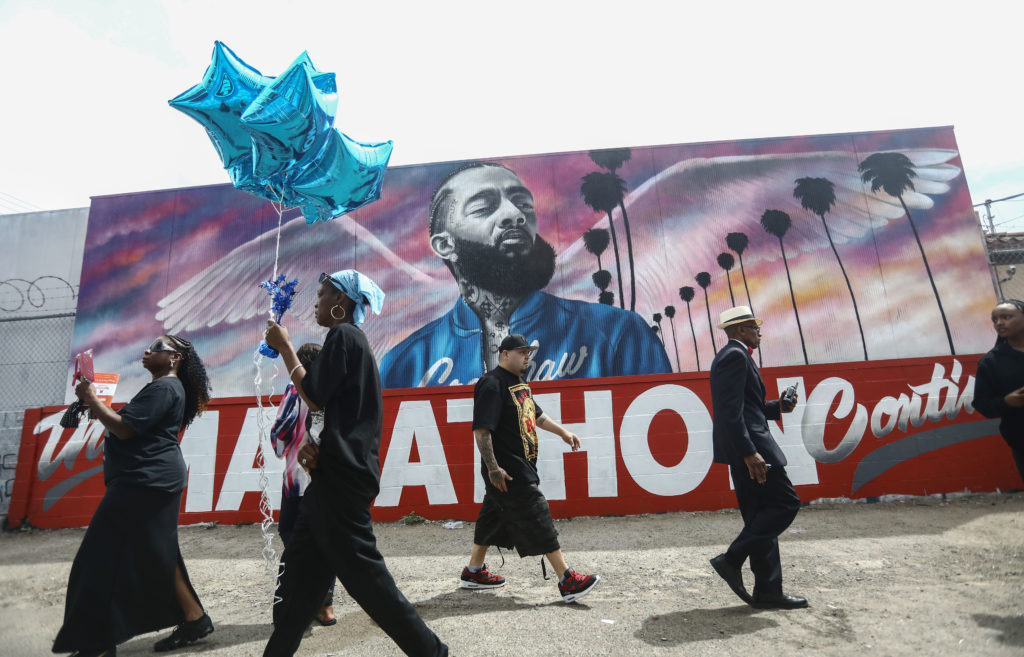 The Marathon Clothing store has become a tourist attraction since the 33-year-old rapper’s death.

Nipsey Hussle’s The Marathon Clothing Store has reportedly been hit by vandals. Multiple store windows were busted out, and some merchandise was looted from the storefront, The Blast reported on Tuesday (Nov. 17).

Cell phone footage shared by The Shade Room shows people cleaning up broken glass from outside of the store, which became a memorial location and tourist attraction after the 33-year-old rapper was gunned down in the parking lot in March 2019.

The flagship clothing store, located in a strip mall near the neighborhood where Hussle grew up, temporarily closed last year. David Gross, Hussle’s business partner, later accused the Los Angeles City of Attorney’s office of working to shut the store down.

While the store is listed online as being open for business, the company phone number was out of service when NUEVO reached out on Tuesday. Nonetheless, fans can cop TMC merchandise on the store’s website, including “FTD” shirts and masks that went up for sale after Y.G.’s 2016 single (featuring Hussle) landed back on the charts following the 2020 president election.

Besides selling clothes and other gear, the Marathon brand has expanded into cannabis, and recently announced a collaboration with Cana Farms dispensary.