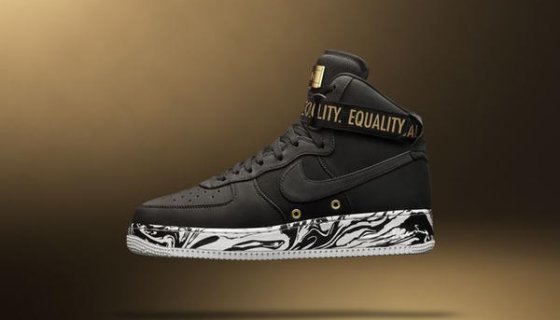 It was bound to happen. In an internal memo, has revealed that it will be recognizing as an annual paid holiday.

In recent years, Juneteenth has become more prominent as a celebration of June 19, 1865 (not that long ago), when the Emancipation Proclamation was read to freed African-Americans in Texas by General Gordon Granger. Mind you, the Emancipation Proclamation was issued over a year prior on January 1, 1863. Texas was the last Confederate state to have proclamation announced after the conclusion of the Civil War in 1865.

Ever since, has been a day of celebration that has only grown throughout the years. In lieu of Black Lives Matter becoming a rallying cry for the continued pursuit of racial justice, it’s only a matter of time before it becomes a National Holiday like a Martin Luther King Day or Labor Day.

Nike is ahead of the curve, announcing in an internal memo that the day will be a paid holiday for the company.

Yahoo Finance obtained an internal from Nike CEO John Donahoe that partially read, “As many of you may know, next Friday, June 19, is Juneteenth, a day commemorating the end of slavery in the U.S. Starting this year and going forward, Nike will recognize Juneteenth as an annual paid holiday in the U.S.”

Donahoe added that it’s an “important opportunity” to “better commemorate and celebrate Black history and culture.”

So we’re celebrating Black history in June and February? Here for it.

The brand is also launching diversity education programs for its employees. The goal is to implicitly and explicitly go beyond just lip service to the Black Lives Matter movement.

Donahoe continued, “When we say that Black Lives Matter, it applies to the world outside of Nike and, importantly, it applies to our Black teammates within Nike. Simply put, we need to hold ourselves to a high standard given the heritage of our company and our brand.”

Recently, Nike Inc’s brands (Nike, Converse, Jordan Brand) announced a $40 million commitment to support the Black community over the next four years. with an announcement of a $100M commitment over the next 10 years to social justice causes.

Rock with brands that rock with you.