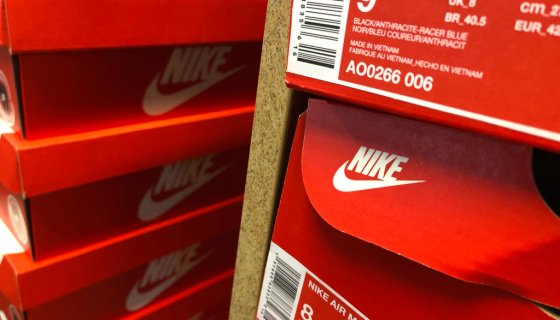 Thanks to the coronavirus, your Nike delivery may be on hold, but not for too long. A Nike distribution center in Memphis, TN shut down after one of its employees tested positive for COVID-19.

The Commercial Appeal reports that Nike temporarily closed the facility on Thursday (April 2).

MLK50 first reported on Friday that it was Nike’s North American Logistic Campus in Frayser that had closed the previous afternoon. In a statement to the Commercial Appeal, Nike confirmed that a facility had closed but didn’t specify which one.

Reportedly, worked were called into a meeting Thursday and told the facility would be closed and all shifts were canceled. Those on staff still received their pay, but temp workers did not and were told to reach out to their hiring agency. The facility underwent a deep cleaning and was scheduled to reopen today (Sunday, April 5).

“The health and safety of our team is always our first priority. We have temporarily closed one of our Memphis, TN, distribution facilities,” said Nike a press statemenet.”During this period, we will be conducting a comprehensive disinfection process. We are targeting to reopen at 6 a.m. Sunday, April 5.”

The 2.8 million square-foot facility is in Frayser (a northern Memphis suburb) and first opened in June 2015. It is said to be Nike’s largest distribution center in the world and employs about 3200 full-time staff, mostly from the Memphis metro area.

Nike announced the closure , but has continued its online sales. In late March, it was reported due to its robust online sales.