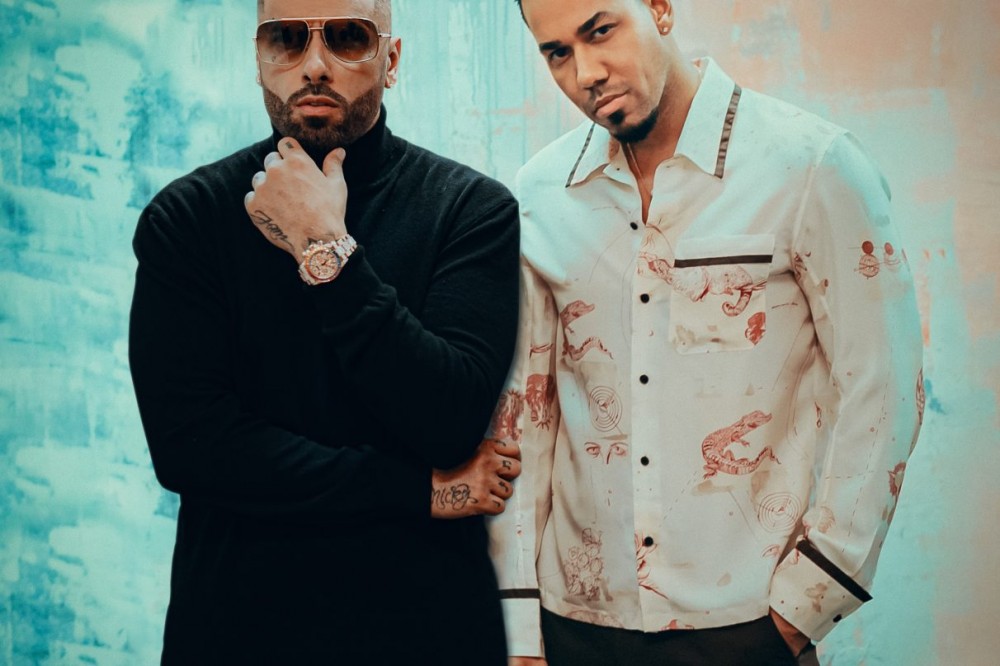 Two giants in Latin music are teaming up for one of the year’s biggest collaborations. Reggaeton pioneer Nicky Jam and the king of bachata Romeo Santos lust for the same woman in the “Fan de Tus Fotos” music video that premiered today (Feb. 8).

On the reggaeton track with a tropical twist, Jam and Santos are on the hook by a woman that’s got them completely captivated. Both guys are known for their romantic touches in their genres, so they turn up the heat.

In the music video for “Fan de Tus Fotos,” Jam and Santos work at a magazine publishing company and they’re both enamored by the boss. When they’re in business meetings, they let their office fantasies run wild. After they’re both fired, the boss appears to take control of the sexy narrative with a whip in-hand and the guys tied-up.

Outside of music, Nicky Jam is part of the cast of the new Tom & Jerry movie. He will voice Butch the Cat in the movie that is set to be released on Feb. 26.