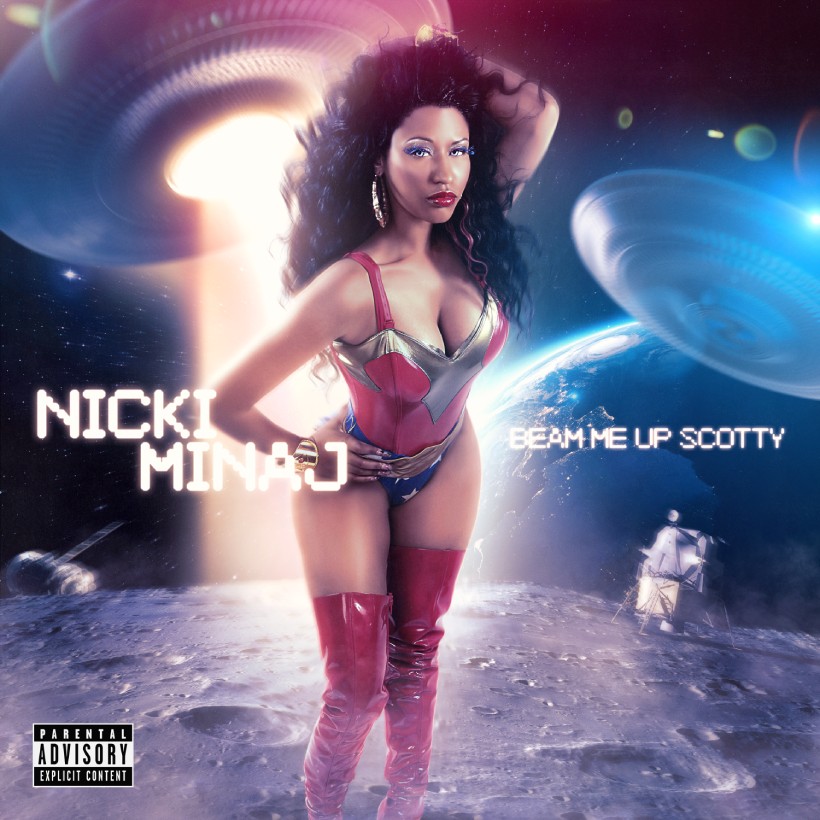 Finally, Nicki Minaj announces the release of a mixtape titled “Beam Me Up Scotty.” The new streaming version of the album was first released in 2009, includes a new track, “Seeing Green”- a collab single with  Drake and Lil Wayne. Other hits like “Fractions”  and “Crocodile Teeth” are also included in the new mixtape.

Lil Wayne produced the mixtape after noticing Nicki’s famous appearance on the Come Up DVD sequence.  DJ Holiday and the Trapaholics originally released the album in April of 2009, and it now has 23 tracks with guest verses from Lil Wayne, Busta Rhymes, Drake, and others.

Nicki’s “Anaconda” hit the billion views club on YouTube in April, so the new re-release comes at a happy time for her.

Find and enjoy the “Beam Me Up Scotty” mixtape on Spotify!