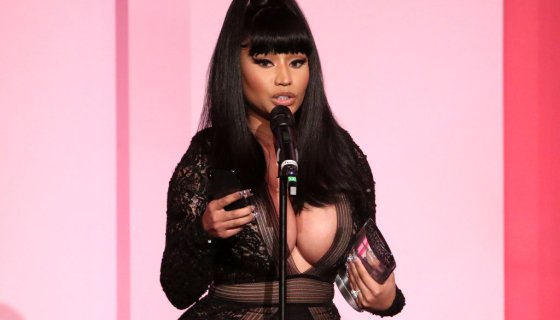 and her Queen Radio show are back.

On Monday (Feb. 10) Nicki Minaj hosted her first radio show of 2020 after kicking off the previous week with a new single and some online drama. While many fans were looking for a recap of the previous week’s drama with ex-, Nicki introduced a more structured show complete with a Q&A session with her Barbz.

The first show opened with DJ Boof spinning a few of Nicki’s hits including “Plain Jane Remix” with and , which led to Nicki Minaj taking time to address her previous behavior by seemingly taking accountability while reflecting on her career and success.

“There were times last year, my mind was not clear. I looked back and realized things I was saying were a little bit much,” Nicki said.

Staying in line with the new direction of the show, Nicki showed some love to other ladies in hip-hop including Megan Thee Stallion, MaliibuMiitch, and Doja Cat after thanking her fellow ladies in rap for showing love to her new single.

”I want to take some time real quick to shout out all the female rappers that are showing me love and really supporting “Yikes”,” Nicki said. “It really matters to me. I know a lot of people think I don’t care, but I do care and I appreciate the love.”

One of the biggest moments was when pulled up to discuss his transition from Hip-Hop to film, while promoting his new series on ABC, For Life, which is loosely based on the life story of Isaac Wright Jr.

“There’s a place for bad music, it’s television,” 50 jokingly said. “It’s the biggest television show in the world and you’ll be like, ‘Who is that?’ They got the big budgets.”

Through out the show, Nicki also showed a ton of love to the Barbz, as she went on to call a few of her lucky fans in the U.S. and across the pond in Europe. Those on the other end of the phone line would also have the opportunity to score Fendi prints, Minaj merchandise or a trip to Queen Radio in the future; while others were able to ask Minaj questions that she answered live on air.

One fan asked why a collaboration with hasn’t happened, to which Minaj jokingly revealed that it was because K. Dot didn’t want to get “washed,” before confirming that she would be open to working with him in the future.

“I’m looking forward to collaborating with him one day hopefully because he’s animated and I like the animation and all that stuff,” Nicki said. “But also, he just respects the craft of rap. At this time right now…yeah that’s all I’ll say about that.”

Check out the full episode of Queen Radio below.