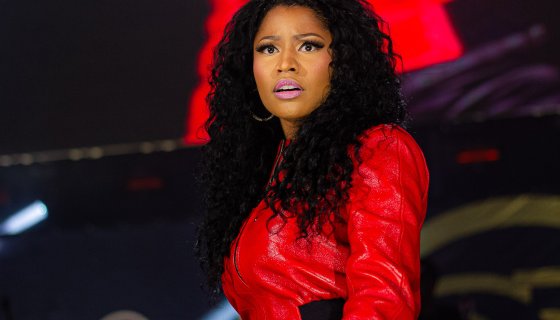 Even though her petty is seemingly limitless has shown her big heart. She has reunited with her former manager Big Fendi and everything is now Moscato under the bridge.

As spotted on Hip Hop N More Onika has settled her differences with the man who is largely credited for launching her career prior to signing to Young Money Records. In the first installment of the Big Fendi Podcast the New York Native links with his former client. For those who have selective memory the “Good Form” rapper made her early buzz online and on the streets thanks to his The Come Up DVD platform. There she spit some of her most classic freestyles and even paid homage to Lil’ Kim prior to their beef.

In their face to face sit down the two talk a brief walk through memory lane on how they originally linked up. They also detail some parts of their original rift which found Fendi on the outs by the time she signed her deal as the first lady of Lil Wayne’s empire. goes on to discuss some other important topics within the culture including colorism. She also addressed the never ending misconceptions about her including the harsh response of doubt she received one time she revealed she eats Wendy’s.

You can watch the interview below.