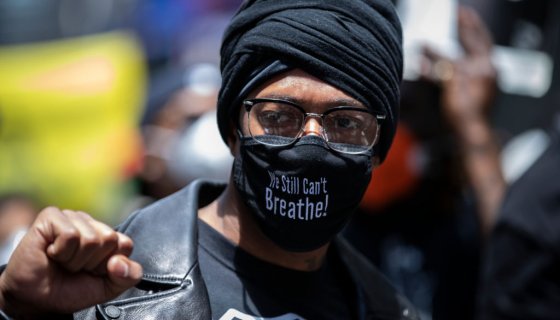 We must warn readers that the news contained within might be disturbing to some. has fans concerned after posting a pair of cryptic tweets that seem as if he’s contemplating harming himself.

Cannon has dealt with a trying week after a clip of an interview between him and Professor Griff went viral after were shared between the pair. As a result, ViacomCBS cut ties with Cannon after claiming he was reluctant to apologize. Cannon has since apologized in the wake of the severed relationship, promising to educate himself on why his comments were harmful.

In the pair of tweets posted Thursday (July 15), Cannon eluded to the reaction from those who felt his apology was a sign of kowtowing to white people.

“I hurt an entire community and it pained me to my core, I thought it couldn’t get any worse. Then I watched my own community turn on me and call me a sell-out for apologizing. Goodnight. Enjoy Earth,” Cannon tweeted.

He followed that tweet with, “Y’all can have this planet. I’m out!”

Naturally, the reaction to Cannon’s tweet has been impassioned coupled with the recent news that Tamar Braxton has been hospitalized due to possible intentional overdose.

We’ve got the reactions listed below.

I hurt an entire community and it pained me to my core, I thought it couldn’t get any worse. Then I watched my own community turn on me and call me a sell-out for apologizing. Goodnight. Enjoy Earth🙏🏾💙

Y’all can have this planet. I’m out!

Black mental health is important. It needs to be discussed. People go through things in silence & by themselves. Lord keep them safe.

Throw. This. Week. DAFAQ. Away 😑 pic.twitter.com/U4JjgU6JqQ

Nick cannon got canceled shortly after offending the Jewish community.

Rush Limbaugh spent 30 years offending the Black community, called the 1st Black POTUS, ‘Barack the Magic Negro,’ kept his job, made millions, and got the Presidential Medal of Freedom.

This is serious. We know he’s not talking about relocating to Mars and what this seems to imply so let’s send our thoughts and prayers to him.#NickCannon pic.twitter.com/MH5QdXC6Wd

Over the years Nick I grew up watching you from television to movies, I’ve always admired your hard work and determination. We love you Nick I’m praying for you handsome. #NickCannon 😭🙏🏽❤️🍃✨ pic.twitter.com/FB6Jl0QFuj

What yall not gonna do is slander Nick Cannon over a little backtracking he is one the FEW vocal pro-black celebs we have out here, and he does the GROUND work, and despite being not "needing" a degree a still took his ass to a black instituion to get educated. Yall are sad.

#TamarBraxton and #NickCannon are definitely in my prayers. 2020 has been a hard year for everyone. Lord be with us all! 🙏🏽❤️🙏🏽 pic.twitter.com/VSTllth422

Nick Cannon said antisemític things, realized he was in the WRONG, met with those whom he offended, and apologized. That’s mature, grownup things. And then y’all have the nerve to make fun of him and mess with his mental state for why???

I hope Nick Cannon is okay, I hope Tamar is recovering well..black mental health is so important man and it needs to be talked about more. God has the final say, no weapon formed..🙌🏽

I don’t know what is going on, brother. But you are needed here. You are loved & supported.

We ALL make mistakes.

Those with character, apologize when they do harm. You did that. It is not a sign of weakness. It is what we are called to do.

Praying for you, fervently.