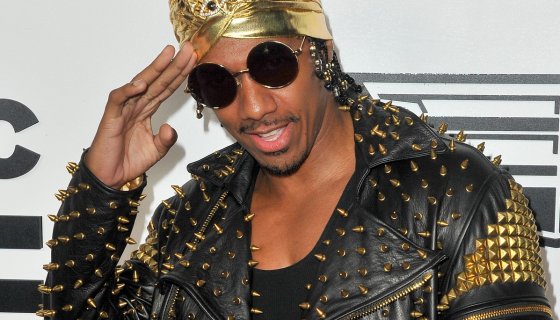 In case you haven’t heard, after he dropped some anti-Semitic commentary during his Cannon Class series. To add insult to the struggle, the mogul revealed that he isn’t even the owner of the Wild ‘N Out franchise he created.

According to Cannon, Viacom told him one thing, but ultimately kept the rights to the money-earning franchise all to themselves. In a statement addressing his firing that he shared on Facebook, Cannon revealed that he had been essentially “swindled.”

” I created a billion-dollar brand that expanded across a multitiered empire that is still Viacom’s biggest digital brand, touring business, talent discovery and incubation system and successful restaurant franchise,” wr0te Cannon. “Based on trust and empty promises, my ownership was swindled away from me. For Viacom to be so deceptive is no surprise; they have been mistreating and robbing our community for years, underpaying talent on their biggest brands like Love & Hip Hop, all of BET programming and of course, Wild ‘N Out.”

Cannon is one of the most powerful Black men in entertainment. But to let something like owning such a powerful brand (which he probably knew for years now) he created only to point out the struggle after he’s been handed his walking papers is incredulous—no pun intended. ‘

As for the hateful rhetoric, he apologized for that, too.

“I must apologize to my Jewish Brothers and Sisters for putting them in such a painful position, which was never my intention, but I know this whole situation has hurt many people and together we will make it right,” said Cannon.

He added, “If I have furthered the hate speech, I wholeheartedly apologize. But now I am the one making demands. I demand full ownership of my billion dollar ‘Wild ‘N Out’ brand that I created, and they will continue to misuse and destroy without my leadership! I demand that the hate and back door bullying cease and while we are at it, now that the truth is out, I demand the Apology!”

Good luck with that.

The fact is a corporation like ViacomCBS will never give up those rights if you don’t make a fuss before you sign anything. Case in point, didn’t have any ownership in the aforementioned Netflix series that made her a star. So, she curved them when it came time to make a third season, and took her talents to HBO, where her new series I May Destroy You is a hit.

Hopefully, Nick Cannon has some savvy lawyers on the payroll.