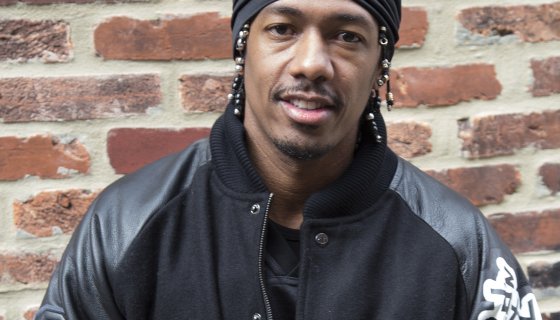 is still on his crusade to get Eminem out of here. He is now using his woke status to justify the cancellation.

Complex is reporting that the Wild ‘N Out host is going ten toes down on Slim Shady. In a recent interview with your culture vulture’s favorite culture vulture DJ Vlad he readdress the Detroit MC’s infamously bigoted and ist but nearly forgotten audio footage of him disrespecting Black women. “If you listen to the entire song, it’s clearly a song where he’s blatantly disrespecting black queens. Not beating around the bush, what he said is, ‘Black girls are bitches, black girls are dumb. They only want your money.’”

Shortly after Vladimir added additional sauce to the conversation saying that is not the only track from Em’s past where he was out of pocket to which Nick replies “Yeah, where he’s saying n***a and all that shit.” The “Gigolo” rapper proceeded to break the incident down from a historical point of view.

“You know what the defense was? ‘He already apologized for that,’” he added. “Probably the weakest apology ever, ‘I was young and I had a black girlfriend who cheated on me and I was mad.’ … He’s sorry for his individual racism, definitely, I believe he’s sorry for saying for the things he said when he was younger. But he’s not sorry for institutional racism, because he’s a product of it.”

Later in the sit down speaks to the elephant in the room regarding Eminen’s appearance claiming the lyricist probably had plastic surgery. “Eminem doesn’t look the same as the way he once looked. The proof is in the pudding. It could be the years of drug use. You know, we don’t want to make fun of none of that. It seems like he’s on the right path but something going on. His sh*t’s getting tighter and tighter as the years go by.”

You can view the interview in full below.