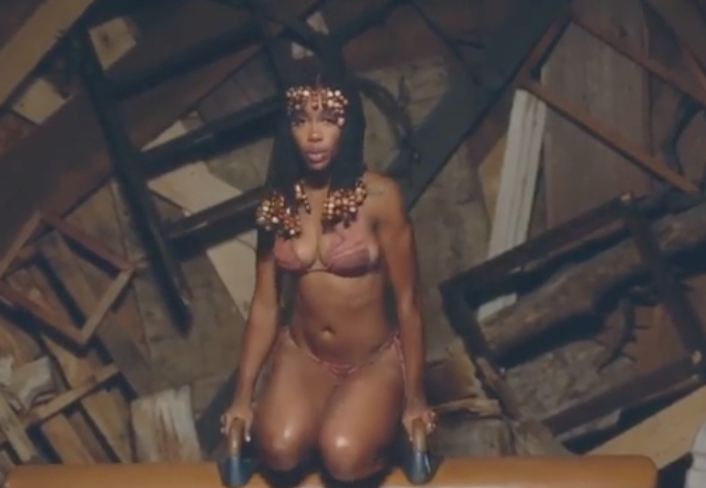 It truly “Hit Different” when word came through that TDE’s lovebird voiced SZA would be dropping her new single featuring Ty Dolla $ign. So many “I can’t wait!” tweets and IG posts went flying around, as the anticipation for SZA’s new work has been speculated for months. Just a few weeks ago, the fever for her flavor got too much for even her to handle as she threw her hands up on Twitter when asked when she would drop the single, “You have to ask Punch,” she said with all exhaustion. Punch, the man who signed SZA to TDE back in the early 20-teens is known for holding the storied label’s hottest artists projects up until they are perfected…sometimes to the roster’s dismay. Yet, the President of TDE’s track record for legend status hits is hard to match and there are a lot of Grammy nominations and sales records to prove it.

On the flip side, the fans want what they want, and among getting a fresh Kendrick Lamar album [there have been recent sightings of him shooting scenes for some project], this SZA heat is just what they ordered. The slow but deep groove bop sound bed is courtesy of none other than the instant hit-makers, Pharrell and Chad of The Neptunes. There is just something super special about their production together that takes a project higher than when they work separately. If the vibe of the project is along these lines, which judging from a track snippet that SZA leaked on her IG tonight it seems so, we are in for another classic from the women with the amazingly beautiful hair and heavenly vocals. Get into the choreo and her throwback style a’la Donna Summer, the late-great R&B/Disco Queen. No word on the album release date, but hey, beggars can’t be beggin’.

On another long-awaited comeback, and bringing their best foot forward, is Motown City’s own Big Sean. He has finally released his much talked about and many times delayed fifth studio album, Detroit 2, which is actually the sequel to the 2014 mixtape Detroit that everyone loves. July 2019, when the much ballyhoo’d freestyle “Overtime” dropped, the word was Sean’s album was going to follow right behind the hyper Hit-Boy (who is on fire right now) produced track. Sean even had a light press run, having various publications in an New York studio listen to the early versions of Detroit 2. The biggest switch up was hearing a more transparent Sean Don on even more Hit-Boy tracks. It was a shock to see him physically bigger (some muscles), spiritually growing (due to therapy and meditation) and in-tune with the music in a way where his words matched the beats in a tighter fashion. But even in the improvement, something was off…like he still needed to connect with a frequency that was eluding him. The industry was still reeling from the violent and heart-wrenching death of Nipsey Hussle four months prior and Sean had one of Nipsey’s last verses. He played the record “Deep Reverance” with the Cali’ legend and some tears were shed. There were some vibes that the transforming Sean was needing to deal with and it was all over him in that session. The album didn’t drop.

A full year later, D2 releases and the 32-year-old has emerged from social media scandals, relationship woes to wins with Jhené Aiko and respectfully mourning the loss of his ex-fiancé, Naya Rivera earlier this summer. When life was so different before he started the album, to where it landed after these pandemic and quarantine times, it’s wild to see this Sean with even more power to push the narrative of supporting his city.  The fans are lucky to witness good quality hip-hop and bars from an artist that cultivated his soul to give that Motown sound of inspiration in these trying times. Salute.

And you know DJ Khaled wasn’t going to let the holiday weekend past by without giving out some work to his Fan Love followers. The way quarantine life and limited traveling has artists and creatives thinking out the box is pretty dope…considering. So who does Khaled call (other than annoying the life out of Drake) to make a vision come through? Iconic music video maker, Director X of Toronto, Canada. Asking X to coming up with dope ideas is like asking X to breathe, it’s too easy. Another easy win is putting Justin Bieber in your production, in any capacity, so you can’t fumble the ball with this line-up. Check the video and how dope the squad flipped the concept. Also look out for some cool cameos from friends of the fam,”POPSTAR” style.

Some other note worthy projects to check are below:

They out here trying to slander Yung Miami’s verse…

Rocc polishes off some classic Jay Dee vocals and gives them some funky grooves to float over.

Oh…69 put out an album today and say Happy Birthday to the Queen Beyonce when you get a chance.