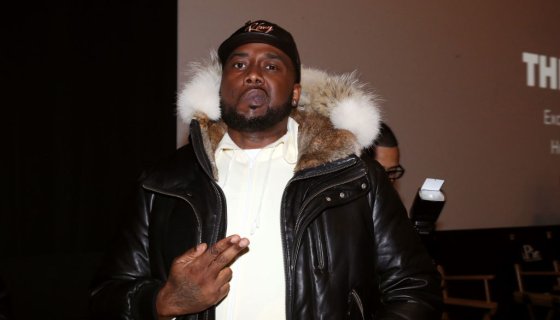 Fans of are accustomed to hearing the Buffalo rappers over dusty arrangements by Daringer, Beat Butcha, and The Alchemist among various one-offs with other like-minded producers. However, shows and proves his tremendous versatility as a lyricist with his gritty rendition of Nicki MInaj’s “Yikes” that will stun those who haven’t heard him in this element.

Taking Pooh Beatz’s original banger that he created for MInaj, Conway doesn’t play around with the bars from the onset. For those who have been following The Machine prior to Griselda’s Shady Records signing, they’re more than aware that Conway can rap in a dizzying array of styles and does so on the “Yikes” freestyle with imagery that sticks.

“We at the Roc Nation Brunch all the b*tches chose us/I took some pics with Rihanna did that sh*t for the culture/I got a model and my sweet p*ssy drip when I stroke her/I put some d*ck in her thyroids, got her making that Nicki Minaj noise/You know it’s a foreign as soon as I lift my garage doors,” Conway raps. He also mentions that his long-awaited Shady Records solo debut album, God Don’t Make Mistakes, is coming soon during the freestyle.

What’s apparent and perhaps frightening to all of Griselda’s competition is that Conway flipping this style of rhyming was far too easy for him. Joining the “Yikes” freestyle is another banger, “Sign Language,” produced by the aforementioned in-house producer Daringer and built around a soul-piercing guitar loop.

“They overlookin’ my accomplishments/ and don’t wanna acknowledge it/ Won’t let it shake my confidence/ How, when I’ve been sh*ttin’ on the game since I got in it/ Not only that, my story alone is astonishing/ I got murals in different continents/ This sh*t is looking promising/ Hip-hop about to experience a climate shift/Prolly subconsciousness like verses from Kweli/ Still make a movie on your set, Mahershala Ali,” The Machine spits.

In “Sign Language,” Conway makes mention of his stellar Everybody Is Food mixtape series, which has three installments thus far.

Check out the new drums from Conway The Machine below.