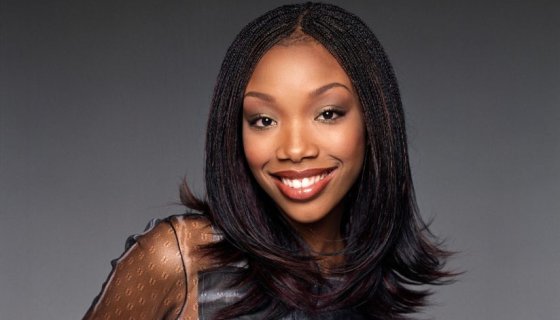 got the memo about looking out for its Black viewers. The streaming service will be provided a number of cherished series including Moesha, Girlfriends, The Game and more over the next few months.

Today (July 29), Netflix announced that Moesha will hit the streaming service on August 1 followed by The Game (Seasons 1 – 3) will follow August 15. Coming in September will be Sister, Sister and Girlfriends, while The Parkers, Half & Half and One on One will hold down October. Shadow & Act originally reported that Netflix had acquired the streaming rights to the shows.

Included with the announcement was a clip of stars of the aforementioned shows expressing their excitement including Tracee Ellis Ross (Girlfriends), Tia Mowry (Sister, Sister & The Game), Shar Jackson (Moesha) and Pooch Hall (The Game).

“These shows changes the face of television as we know it,” says Valerie Pettiford, who was one of stars of Half & Half.

Added the triple OG Black actor Tim Reid, who’s part of the cast of Sister, Sister, “It has provided us with being able to be in the homes of people worldwide.

The message also features the stars talking about some of their favorites moments from their respective sitcoms, and you can see it below. Also check out the reactions from the Twitterverse, which is especially chattering about the return of Moesha which starred R&B singer, and Ray J’s sister, .

To celebrate, here's a message from your faves: pic.twitter.com/zohNPEo0rz

since we’re all reminiscing on her work, let’s not forget to honor yvette wilson, who played andell on moesha and the parkers. she would’ve been 56 this year. 🕊🤍✨ pic.twitter.com/Mw63RqAvr4

With #SisterSister arriving on Netflix September 1 (thanks @StrongBlackLead!), let's reminisce about some of our favorite moments from the show.

Here are a few of mine. Reply with yours below! ⬇️ pic.twitter.com/U4nOnJ0sqq

Moesha
Sister Sister
One on One
The Game
Girlfriends
Half and Half
The Parkers@JasmynBeKnowing and @strongblacklead came through like! pic.twitter.com/EpoUtG3tlH

The TL is going to drag Moesha pic.twitter.com/1YtwjH143O

NETFLIX IS FINALLY streaming Moesha, The Game, Sister Sister, Girlfriends, The Parker’s, Half & Half and One on One starting next month!!! 🥺 pic.twitter.com/sSGUM1sdtH

Netflix secured Girlfriends, Sister Sister, One on One, Moesha, The Game, Half & Half… I was already an introvert but now? Baby i’m not goin ANYWHERE pic.twitter.com/9Lh8eEShYi

MOESHA IS COMING AUGUST 1ST AND I DONT KNOW WHY IM TEARING UP BUT I AMMMMM https://t.co/R4NxY096Ym

Netflix is finally streaming Moesha, The Game, Sister Sister, Girlfriends and The Parkers starting from next month. seems like the second half of 2020 won’t be bad after all. pic.twitter.com/JQUJB8GyH9

Okay Netflix finally has some good sitcoms now they can be rid of Friends pic.twitter.com/enz1ZVrvsu