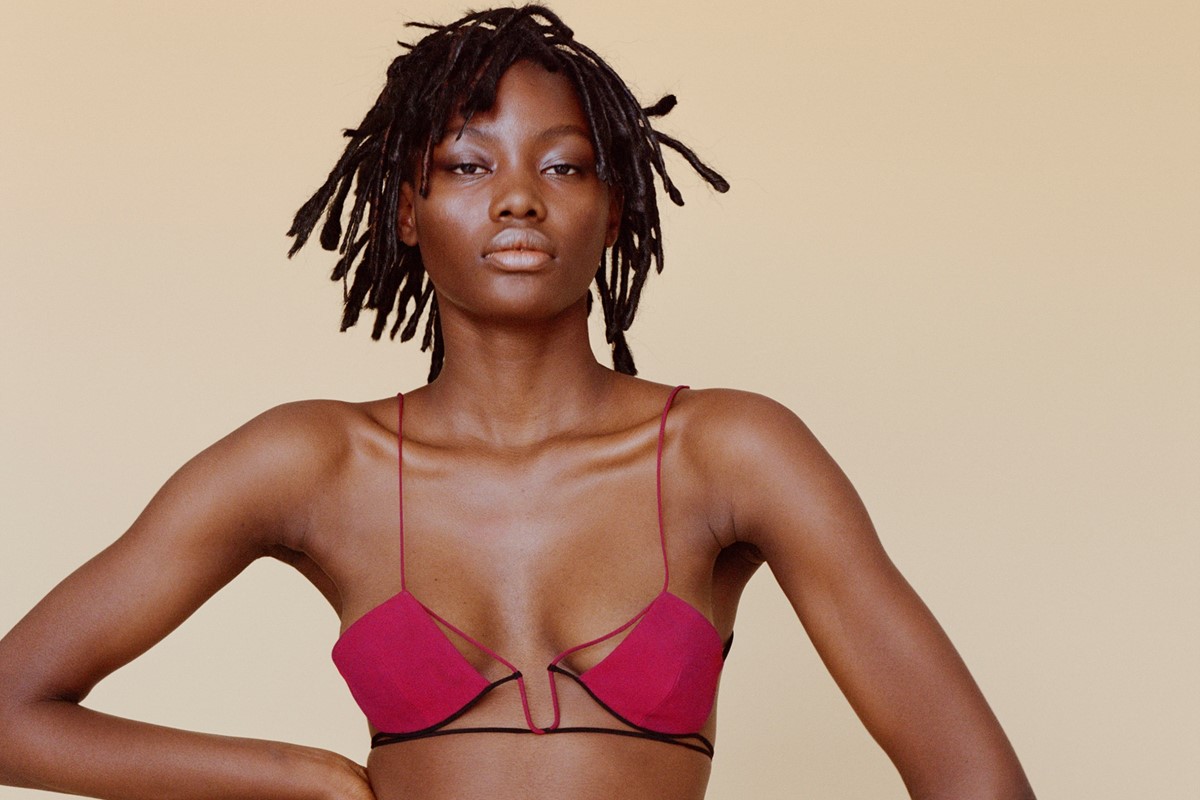 The Fashion East designer takes home €300,00 and a year’s mentorship from the prestigious fashion group

Nensi Dojaka has been announced as this year’s LVMH Prize winner. Standing ahead of a star-studded panel of judges – among them Marc Jacobs, Kim Jones, Virgil Abloh, Stella McCartney, and Jonathan Anderson – the french actress Isabelle Huppert announced the news at the Louis Vuitton Foundation in Paris. Dojaka, who beat out 1,300 applicants from over 110 countries, will be granted 300,000 euros as well as a year’s worth of coaching from experts at the luxury conglomerate.

Having staged a digital showroom back in April, nine finalists (including London’s Bianca Saunders and Conner Ives) were invited to Paris to present their collections in person. Hosted by Derek Blasberg and Emma Chamberlain, today’s ceremony was broadcast live on YouTube. Although last year’s main prize was divided equally between its eight finalists – a gesture of goodwill during COVID – only Dojaka took home this year’s accolade. The jury did select three winners for the Karl Lagerfeld Special Jury Prize, however: KidSuper designer Colm Dillane, China’s Rui Zhou, and Lukhanyo Mdingi from South Africa. Each won a grant of 150,000 euros and a one-year mentorship program from LVMH.

Central Saint Martins graduate Dojaka, who is originally from Albania and is based in London, first broke onto the scene through Lulu Kennedy’s Fashion East incubator – which she joined in 2020. Since then, Dojaka’s  work has become synonymous with strategically placed sheer triangles of fabric, sinuous straps, and armour-like arrangements of seemingly flimsy, feminine materials. The designer will be presenting her fourth collection with Fashion East this month, and joins London’s growing list of LVMH winners – including Marques Almeida and Grace Wales Bonner.