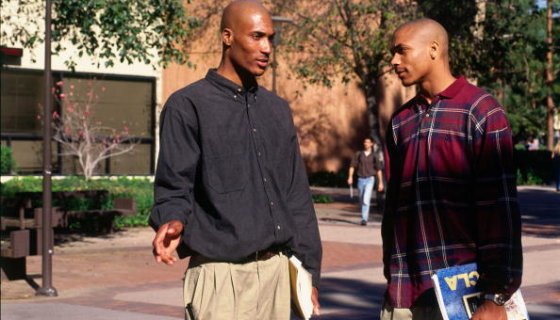 After taking much criticism over the decades for banking off their collegiate sports stars while they struggled to make ends meet, the NCAA finally voted to allow .

Now with the potential of high school players ditching college altogether and jumping into the NBA’s G-League or even overseas where they’ll get paid handsomely before making their way into the NBA, Sports Illustrated is reporting that the NCAA is moving towards a new initiative which will allow it’s student-athletes to receive sponsorship and endorsement deal money as early as 2021-22. If voted through, college players will be able to make dough off their name, likeness, and image third party sponsors and businesses.

“Throughout our efforts to enhance support for college athletes, the NCAA has relied upon considerable feedback from and the engagement of our members, including numerous student-athletes, from all three divisions,” Ohio State president Michael V. Drake said. “Allowing promotions and third-party endorsements is uncharted territory.”

As part of the recommendations, athletes can sell autographs and memorabilia and be paid for personal appearances. The recommendations ban student athletes from wearing school-branded apparel in their personal endorsement deals. They must disclose financial terms of their contracts to their athletic departments, as well as their relationship with the parties involved. If they fail to share the details of their agreement or relationships, it could affect their eligibility.

Well, something’s better than nothing? Especially when these college programs rake in tons of cash off the blood, sweat, and tears of young men and women who give their all to their sports programs.

As part of the new deal, student-athletes will be allowed to hire agents who’ll find them some lucrative endorsement deals (sans banned substances), but they won’t be able to negotiate anything with professional sports clubs while they’re in school. Even boosters will be able to bless star college athletes with paper so long as they aren’t with the intention of recruiting players to their schools.

Whether this will be enough to sway highly sought after high school players to choose college over semi-pro leagues remains to be seen, but it’s definitely not a bad way to help recruit tomorrow’s superstars.