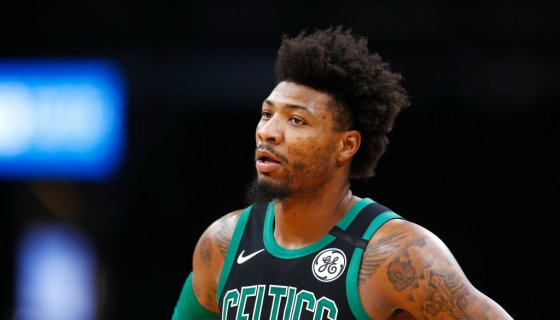 was one of the . The Celtics guard has recovered, and is donating his blood plasma to help other COVID-19 patients recover.

Doctors need all the help they can get in getting this pandemic under control.

Some COVID-19 experts believe by taking the plasma of a person who’s beaten the virus and giving it to currently infected people can help them get better.

The science, officials say, is the antibodies in the plasma can help sick people develop similar coronavirus fighters quicker as well.

The problem? Doctors say finding donors has been tough … and the NBA, according to ESPN, has actually reached out to its teams to try to get its recovered players to participate.

Enter Smart … whose agent confirmed Tuesday the Boston Celtics star is more than willing to give up his blood plasma for the potential cure.

Not too long after his diagnosis, Smart went on CNN and revealed that he was asymptomatic and felt like he could go out and play an NBA game. He was adamant that’s exactly why people need to keep their distance because someone could be infecting others and not even be aware they’re positive for COVID-19.

On Sunday (March 29), Smart took to Twitter to reveal that he was coronavirus free, per the Massachusetts Department of Health.

Corona Free as of two days ago. Cleared by Mass Dept of Health.
Thanks for everyone’s thoughts and prayers and I’m doing the same for everyone that’s been effected by this. Stay safe and stay together- apart!
Much love!

Reportedly, Smart is one of four players who will be donating plasma. Props.

Unfortunately, it’s more than likely that the NBA season, , is a wrap.