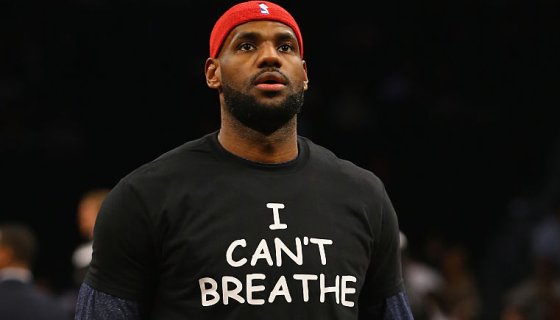 Looks like NBA players have been giving the greenlight to become the voice of the voiceless .

According to Deadline the National Basketball Association has reached an agreement with the players union which will allow your favorite NBA superstars and bench warmers (they got fans too) to don social justice statements on the back of their jerseys.

Similar to when players were allowed to wear their nicknames on their uniforms in 2014, the agreement will give players the option to sport one of 29 which include Black Lives Matter; Say Their Names; Vote; I Can’t Breathe; Justice; Peace; Equality; Freedom; Enough; Power to the People; Justice Now; Say Her Name; Sí Se Puede (Yes We Can); Liberation; See Us; Hear Us; Respect Us; Love Us; Listen; Listen to Us; Stand Up; Ally; Anti-Racist; I Am A Man; Speak Up; How Many More; Group Economics; Education Reform; and Mentor.

The league claims the messages will keep a focus on social justice topics during its revival. Some players were earlier talking about not participating in the league’s Orlando experiment for fear it would take away from the social issues of the moment. The NBA and NBPA instead reached a compromise that spotlighting the issues will be a shared goal.

“We’re just trying to continue to shed light on the different social justice issues that guys around our league continue to talk about day in and day out,” said Oklahoma Thunder guard Chris Paul, president of the players union. “People are saying that social justice will be off of everybody’s mind in Orlando. With these jerseys, it doesn’t go away.

The agreement comes on the heels of the NBA already saying that “Black Lives Matter” will now be displayed on the court when the season resumes and the NFL announcing that the “Black National Anthem,” Lift Ev’ry Voice And Sing, would be performed before every game in week 1 of the upcoming season.

This latest move only further showcases how the NBA is more representative of the culture as players were quick to represent victims of police abuse and racially motivated murder such as Eric Garner and Trayvon Martin.

While there won’t be any fans in the stands to cheer their teams on as they call for social justice on the court best believe we’ll be at home watching which players choose what statement to make when things get underway on July 30th.