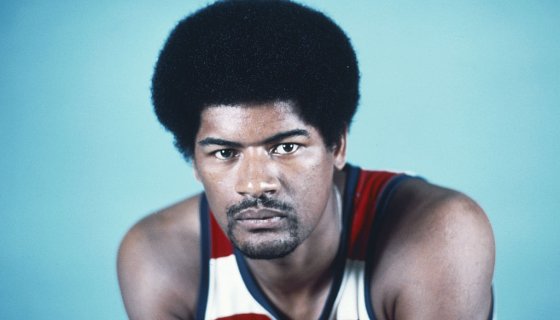 NBA Hall of Famer Wes Unseld has passed away. He was 74.

According to the Associated Press, Unseld died due after numerous health issues, including a recent bout with pneumonia. The family announced his death a statement released by the NBA franchise, where he spent his entire playing career.

“On behalf of the Wizards organization and the entire MSE Family, I would like to extend our deepest sympathies and condolences to the Unseld family, including his wife Connie, daughter Kimberly, son Wes Jr. and his two grandchildren as well as his large number of extended family and friends,” said Chairman & CEO of Monumental Sports & Entertainment Ted Leonsis a statement. “We all admired Wes as the pillar of this franchise for so long, but it was his work off the court that will truly leave an impactful legacy and live on through the many people he touched and influenced throughout his life of basketball and beyond.”

Unseld led the Washington Bullets, now the Washington Wizards, to their only NBA championship back in 1978. A 6′ 7″ center, Unseld played his college ball at Louisville before being picked no. 2 in the 1967 NBA Draft by the then Baltimore Bullets. He made an immediate impact, leading the team to 21 more wins than its previous season while winning NBA Rookie of the Year and MVP in the same season. In his 13-season career he made the NBA All-Star team fives times.

"Wes was truly a gentle giant."

We mourn the passing of franchise icon and NBA legend Wes Unseld.https://t.co/EEvgya6ep6