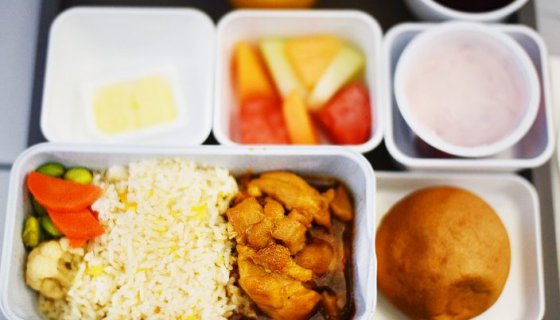 The season reboot is well underway but the experimental plan might need some retooling, especially based on some recently surfaced images. With players returning to the bubble facility, the food being served to players has some on Twitter comparing the eats to the fare served at the failed.

Players shared some of their in-bubble meals social media, and the clowning was immediate as expected. One such struggle plate was shared by Denver Nuggets shooting guard Troy Daniels, which featured an assortment of items that would be right at home in a high school cafeteria or a botched music festival.

Brooklyn Nets player Chris Chiozza also shared his chicken meal complete with the fixings and his caption from an IG Story was hilarious on its own before fans caught hold of it. As it stands, these meals are just preliminary while players are still getting settled in and getting ready for the season thus hope for improvement is on the horizon.

New York Times NBA writer Marc Stein apparently has inside information on the bubble’s food situation, writing in a tweet, “Food in the NBA bubble changes after quarantines are completed. Player meals won’t look like airline trays after the first 48 hours.”

Food in the NBA bubble changes after quarantines are completed. Player meals won't look like airline trays after the first 48 hours …

Utah Jazz star Donovan Mitchell asked Twitter how Stein knows this, with the reporter replying with, “It’s supposed to become more of a real hotel experience — in the three team hotels — once you guys are no longer stuck quarantined in your rooms.”

It's supposed to become more of a real hotel experience — in the three team hotels — once you guys are no longer stuck quarantined in your rooms https://t.co/IO4E2j5kv5

Perhaps Stein is right. Let’s hope for the sake of the players and the bathrooms inside the bubble.

Check out some of the NBA Bubble food slander below.

NBA Players when TMZ catch them at a fast food outside the bubble pic.twitter.com/20BwrdWO70

Yooo this is how the NBA bubble food looking like? Hell noooo😭😭😭 pic.twitter.com/F440akwB9b

There’s only one man that can save this Fyre Festival food that they serving in the NBA bubble: pic.twitter.com/OGZaDRZw8G

To contrast the nonsense going on with the NBA and WNBA bubble meals, this is a meal I bought at a food truck in Manhattan for 12 bucks. Disney you fucking up lol. pic.twitter.com/H4mwOOpu7g

After seeing how the NBA/WNBA meals look, I'm getting Gordon Ramsey, Guy Fieri, and that rat from Ratatouille to prepare the food in the NHL bubble if I'm Gary Bettman…

nba players are risking life and limb to play in this bubble and they’re literally getting fed airline food https://t.co/RiGYbvgUxn

the NBA never should’ve put him in charge of bubble food pic.twitter.com/i0pZ1LrsUc

Food service on Day 5 of the NBA bubble: https://t.co/kIDhgnaqXy pic.twitter.com/xzGPBSVSxF

The #NBA bubble in Orlando isn’t MLS-levels bad with the food, but this “chicken” meal being served looks horrifying. Show @Chiozza11 some respect 😭 pic.twitter.com/CF6QDewCrn

Idk, the food in the Disney NBA bubble seems fine to me pic.twitter.com/udST7hGdYq