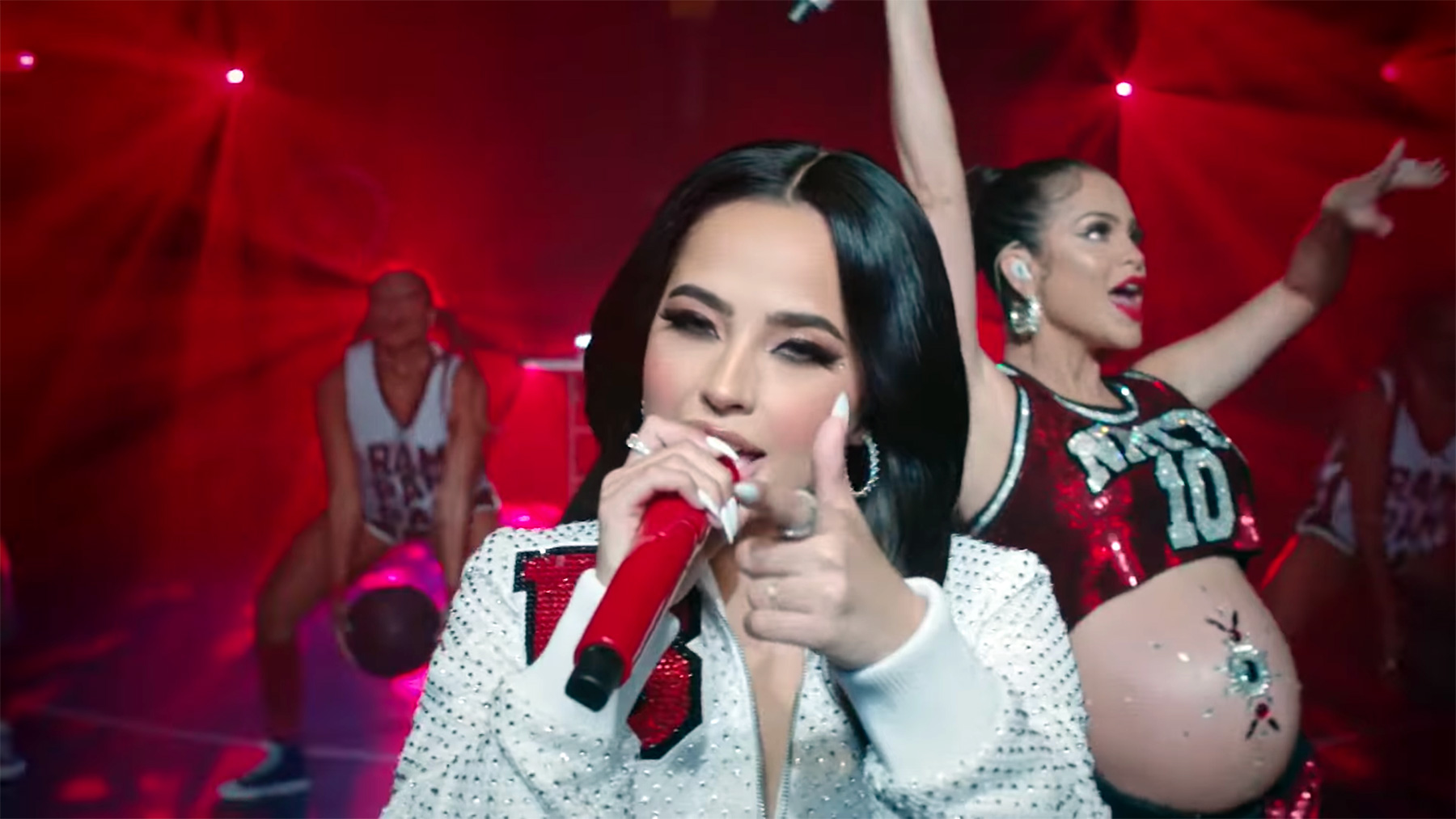 The two singers extended the high school sports theme to their outfits, with Becky G wearing a monogrammed tracksuit and Natti in a red cheerleader two-piece. (She even bedazzled her baby bump, which Becky G blew a kiss to at the end of the performance.)

“There’s a positive side and a negative side. And that’s what Mala Santa was for me,” she told Nuevo Culture about the inspiration behind the album. “There’s the good girl in me, and there’s the empowered version of me — but everybody wants to call her ‘bad’ because she’s sexy, because she’s outspoken. I am entitled as a woman to not be put in a box but to embrace both sides of me, you know? Which is still that young sweetheart that everybody met so early on in my career, but I found my womanhood. I’ve found my sexy, I’ve found all of those things that make me the artist that I am now.”

Natti Natasha released her debut album Illuminatti in 2019. Last year, she teamed up with CNCO for the single “Honey Boo,” and hopped on Zion & Lennox’s lockdown party track “Te Mueves.”