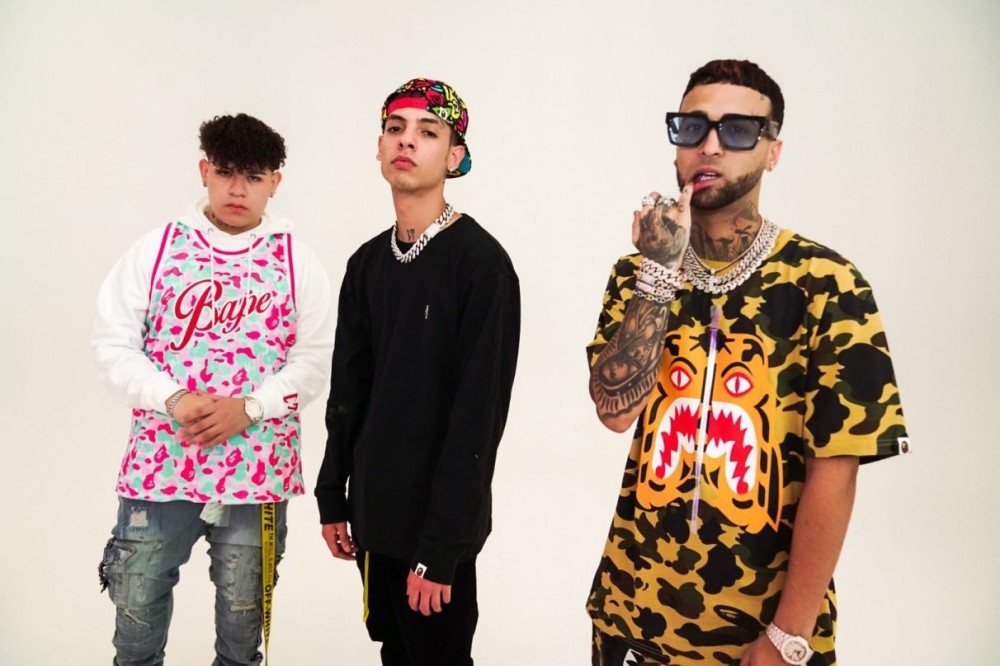 Three of the biggest stars on the Rancho Humilde label have teamed up for something special. Natanael Cano and his Mexican compatriot Junior H have joined forces with Cuban-born Ovi for joint album, Las 3 Torres, released today (Dec. 18).

The trio first previewed the album earlier this month with the song “Feeling Good.” “Feeling Good” features Ovi and Cano alongside hip-hop icon Snoop Dogg and rising rappers Snow That Product and CNG.

Despite being called Las 3 Torres, there’s actually only a handful of tracks where Cano, Junior H and Ovi are heard together. As the album’s cover art suggests, the album is split between pure corridos tumbados and Latin trap-leaning trap tumbados.

With the release of Las 3 Torres, Cano, Junior H and Ovi premiered the music video for one of their joint tracks “Verdes Verdes.” On the fiery corridos tumbados collaboration, the song’s title doubles as green for money and marijuana, both topics that this team of artists frequently sing about. The guys let the money fly, while Ovi casually smokes a blunt in the lavish visual.

On the album title track, the three artists tackle the trap tumbados side. This is one of Junior H’s first forays into Latin trap, as Cano and Ovi have often dabbled in this sound on their previous collaborations.

With three of the top-streamed corridos tumbados artists on one album, it will be interesting to see how the Las 3 Torres does. They’re going head-to-head with a new album from Del Records’ top-selling act Eslabon Armado.