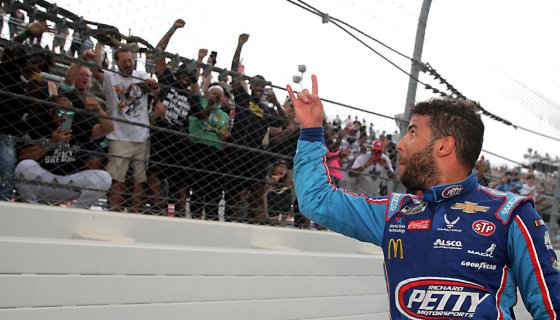 After a noose was reportedly found inside the garage of NASCAR diver ‘s garage, the organization has gained praise for its handling and endured jeers from detractors. After by conservative pundits over the noose, NASCAR officials shared images of the noose all which confirms accounts yet some are still dissatisfied.

ESPN reports that NASCAR finalized its internal investigation of the event, this after the FBI determined in its findings that the noose’s placement was not a hate crime. NASCAR said that the rope found was used as a garage pulley at the Talladega Superspeedway this past Sunday had been there for months and was most likely not targeted at Wallace.

A photo of the noose was shared by NASCAR and president Steve Phelps made statements saying that “the noose was real,” confirming what Wallace has said repeatedly in the press in an effort to push back against trolls and commentators online who have decried the recent shifts in NASCAR regarding the confederate flag and Wallace’s open Black Lives Matter movement support.

“Given the facts presented to us, we would have pursued this with the same sense of urgency and purpose,” Phelps in a statement on Thursday (June 25). “Upon learning of seeing the noose, our initial reaction was to protect our driver. We’re living in a highly charged and emotional time. What we saw was a symbol of hate, and was only present in one area of the garage, that of the 43 car of Bubba Wallace.”

Wallace has defiantly stood up to his critics online who have been engaged in a failing attempt to pin the name “Bubba Smollett” onto Wallace, harkening back to actor Jussie Smollett’s alleged hate crime incident that some thought was also staged.

NASCAR released an image of the noose that was found in the garage of the No. 43 team of Bubba Wallace at Talladega Superspeedway, saying it had been placed there in October 2019 but that it was unable to determine who tied the rope and why it was done. https://t.co/M1XShyDzVz