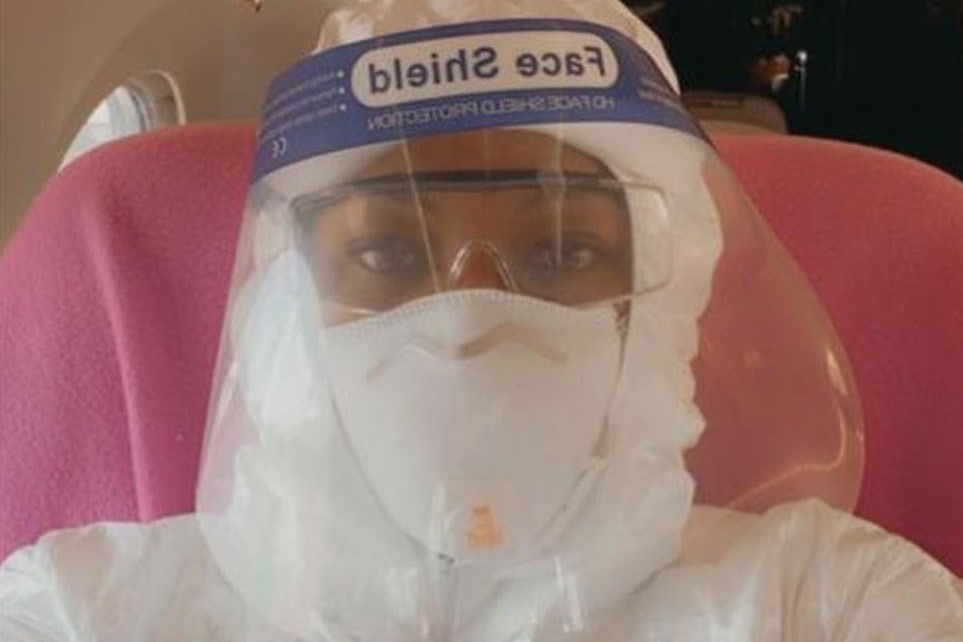 As something of a soothsayer when it came to what 2020 would look like, iconic runway queen Naomi Campbell has always been big on keeping her seat and surrounding areas clean when hitting the skies.

Things amped up in March, however, when the model stepped onto a jet in a full hazmat suit. Gone were the days when a cotton mask and a packet of Dettol wipes would do the job – with COVID-19 becoming a real threat to the world (see: understatement) Campbell meant business.

Now, the infamous hazmat is heading for Bath’s Fashion Museum, and she’s as surprised as we are. “I was like ‘really?!’ Why would they want that?” Campbell told the Wall Street Journal in a new interview. Thankfully, she’s got plenty more where that came from, however, after she stocked up on suits at the beginning of the pandemic – at the insistence of fellow supermodel you might just be familiar with.

“Linda Evangelista was very insightful and said (to) get them,” she revealed, adding that she now has them coming on a rolling subscription from Amazon. “There was one point where my subscription hadn’t come because they’d run out, and I panicked, even though I wasn’t going anywhere,” she explained.

She also detailed the backlash she received when she posted the photo on Instagram, as people called her out for ‘stealing supplies from the hospitals’. “They were acting like I was sneaking into Manhattan and going to the hospitals and stealing their supply. That’s how I felt when I was reading it. So I started answering back, saying: ‘I got it on Amazon! I bought it fair and square on the internet.”

Elsewhere, Campbell also talked about upcoming documentary The Supermodels, starting her YouTube show No Filter because she basically wanted to ‘be nosy’ when it came to her friends’ lives, and revealed the first thing she does on Mondays. “I always try to be easy on myself on Mondays, Mondays can be hard,” she confirms, and we mean, tell us something we don’t know. “The first thing I do when I get up is I get on my knees and pray. And then I take (out) my phone and start my day.” Supermodels. They truly are just like you and me.