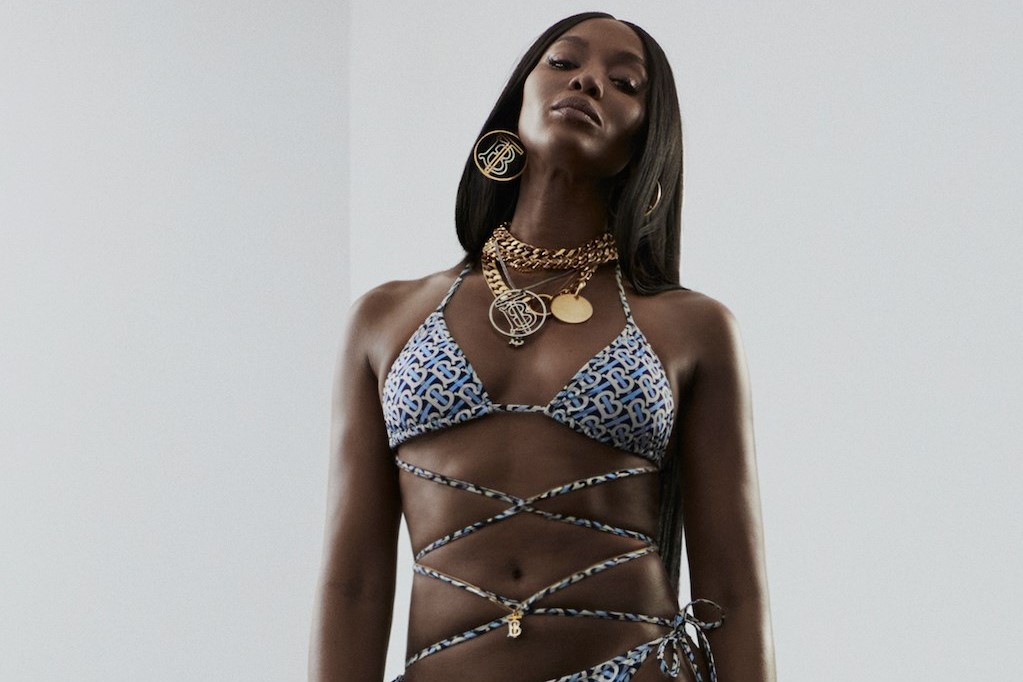 Naomi Campbell may have recently become a mum, but don’t think for a second the supermodel will be slowing down when it comes to her glittering fashion career any time soon. Stepping in front of the camera for good friend Riccardo Tisci, Campbell has just been revealed as the face – and body – of Burberry’s latest TB Summer Monogram campaign.

Celebrating ‘the optimism of a new season and the spirit of summer’, the collection is made up of criss-crossing strappy bikinis, louche, low-waisted trousers, cami dresses, and a stand-out all-in-one bodysuit. There’s also utilitarian pouches designed to be slung around shoulders leaving hands firmly free, as well as a succession of 90s-style bucket hats – all of which are plastered with Tisci’s signature interlocking TB motif.

“I wanted to celebrate the balance of our heritage with the importance of always evolving and looking forwards,” the Italian designer said of the offering. “It captures that optimistic feeling of summer and that feeling of constant momentum, the excitement for what’s next. For the campaign, I couldn’t think of anyone better to symbolise this enduring nature than my incredible friend Naomi.”

Similarly, Campbell had some pretty nice things to say about Tisci, too. “It’s magical working with Riccardo,” she revealed. “He has such a unique vision and continually manages to bring another facet out of me, pushing me to do things I don’t think I can do.”

The TB Summer Monogram follows closely behind Burberry’s SS22 offering, which landed during Paris Fashion Week’s menswear edition last month. In case you missed it, Tisci decided to take his diverse model cast to an abandoned mill in East London, where he threw an otherworldly rave surrounded by parked cars and towering sound systems. Check that out here, and click through Naomi’s campaign in the gallery above.