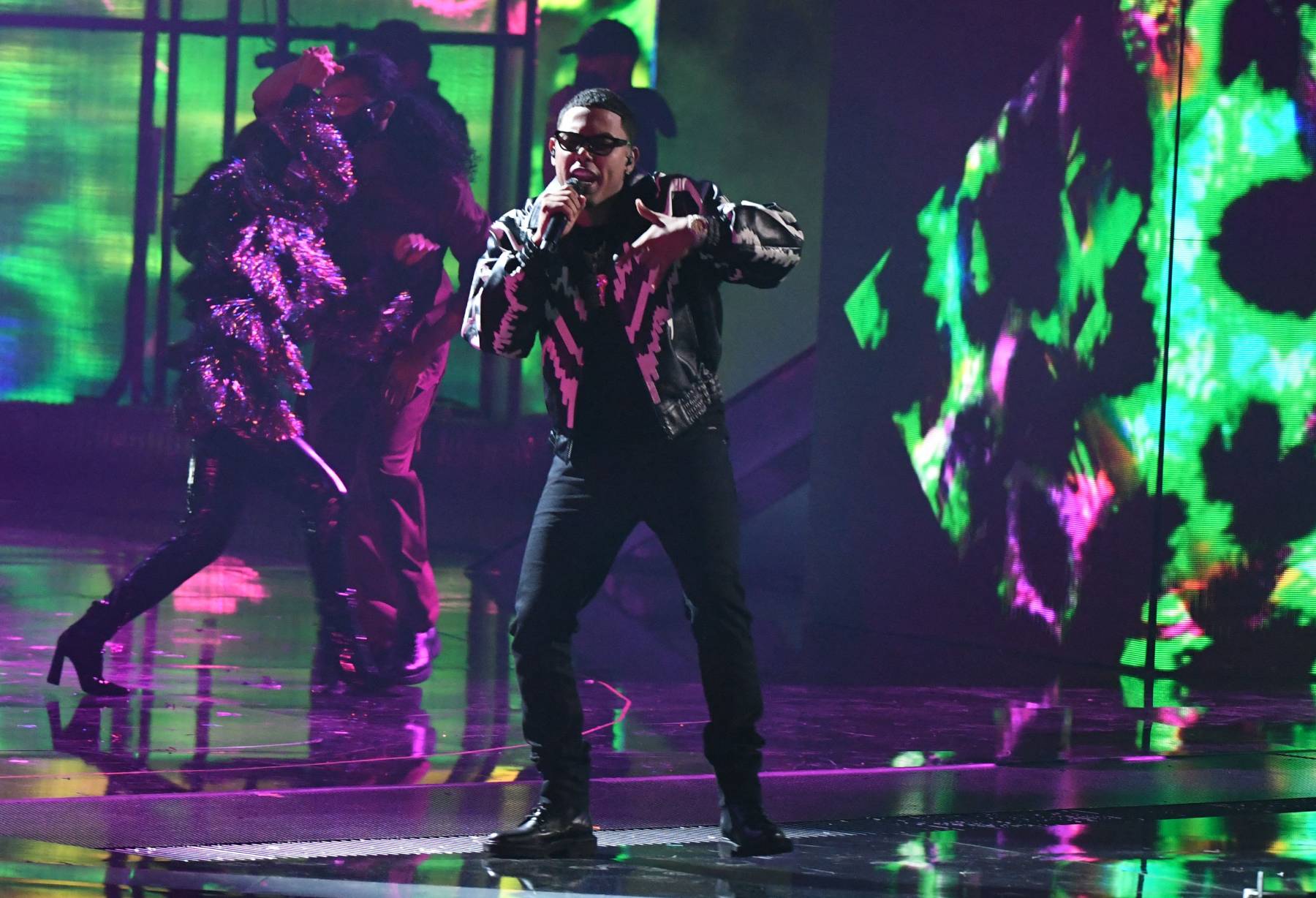 Puerto Rican rapper and singer Myke Towers hit the stage at the Latin Grammys with his high-energy song “Pin Pin” from his latest album Lyke Mike. During the performance, he brought an entire troupe of salsa dancers and a big brass band to back him while he spit his verses to the hard-hitting, bass-heavy track. Later, Jay Wheeler hopped onstage and joined Towers for a pitch-perfect rendition of their collaboration “La Curiosidad.”

This is the first time Towers has been nominated at the Latin Grammys and he is up for three Latin Grammy Awards this year. “La Curiosidad” with Wheeler and DJ Nelson is up for Best Reggaeton Performance and Best Urban Song. Towers is also nominated for Best Urban Music Album for Lyke Mike.

Towers’ second album, Lyke Mike, was released this past April. Later in 2021, he collaborated with Cuban-American singer Camila Cabello and Puerto Rican record producer Tainy for the bilingual track “Oh Na Na,” where he sings about music being a “universal language.”