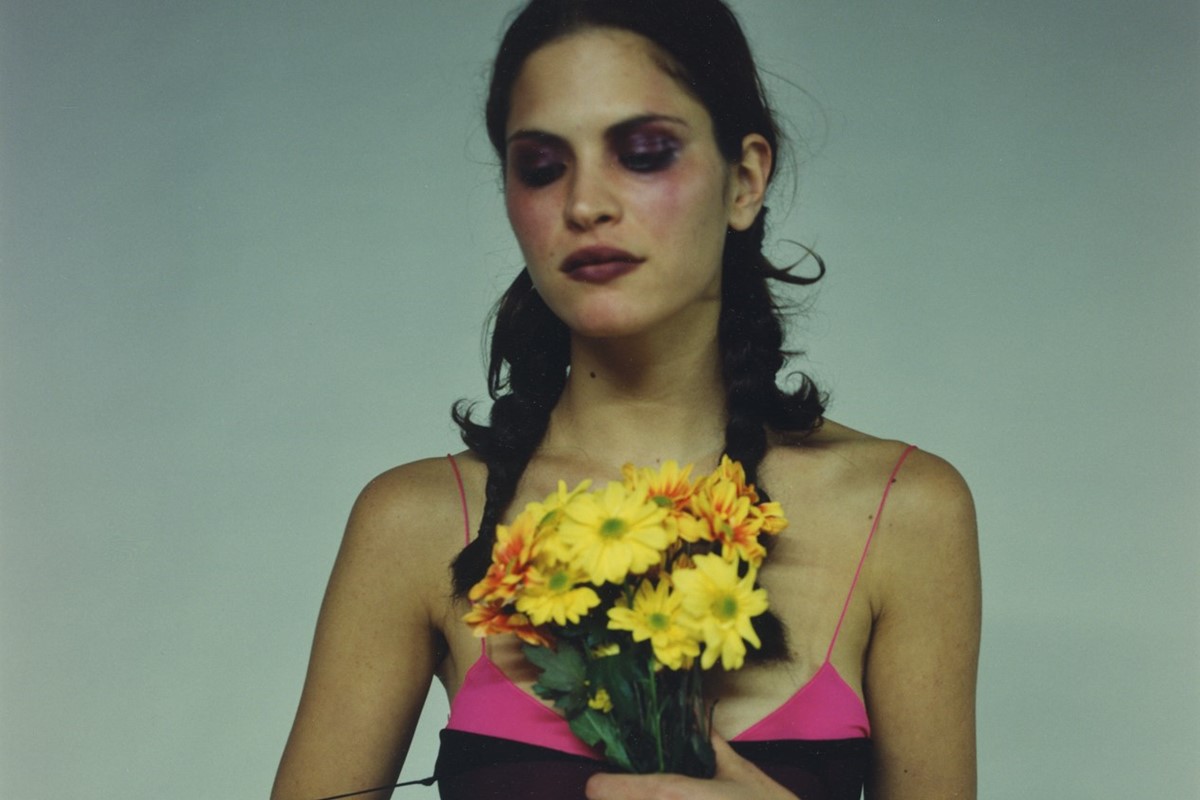 My Beutyfull Lyfe chronicles the inner world of the trailblazing 90s photographer in his final two years, before he died at just 20 years of age

In 1997, President Clinton made an address to the American fashion industry condemning magazine editors, photographers, and stylists for romanticising the use of heroin. “Fashion photos in the last few years have made heroin addiction seem glamorous and sexy and cool,” Clinton said, “and as some of the people in those images start to die now, it’s become obvious that is not true.” His speech chimed with the sudden death of Davide Sorrenti, (son of Francesca, brother of Mario, and uncle to Gray), a wunderkind photographer who passed away at the age of 20 in a friend’s Manhattan apartment.

After many drawn-out months, a toxicology report eventually debunked the conflation of Sorrenti’s death with drugs – it was actually due to thalassemia, a rare blood disorder – but his passing marked a turning point in fashion imagery. Along with Corinne Day and Juergen Teller, Sorrenti was responsible for spearheading the controversial heroin chic look, the generation-defining aesthetic of the 90s which played with sparse, candid photography of strung-out models like Kate Moss and his girlfriend, Jaime King (who was herself admitted to rehab for opioid addiction). And though his legacy is embroiled in the movement, Sorrenti’s friends and family, much like the fashion industry in general, have been careful to go beyond those associations.

Following the release of the 2019 documentary See Know Evil and two IDEA monographs, ArgueSKE and Polaroids, a third tome has now been unveiled. My Beutyfull Lyfe chronicles the work of Sorrenti from 1995-1997 through fashion campaigns, test shoots, tear sheets, and pages taken from his personal diaries – all of which has been edited by his mother, Francesca. “The title originated from Davide’s diaries. He used to say, ‘even though my life sucks, my life is beautiful’ and then he would laugh”, she says, “and since Davide was dyslexic, he would usually write the way the words sounded to him.” That same sense of melancholy weighs heavy on the book’s 160 pages, across wistful, undone images of half-dressed models at dusk, writhing away from the barrel of the camera or posed as if to penetrate its lens.

With moody, smeared mascara, lots of cigarette smoking, and languid shots of lonely women, Sorrenti’s work reads as a kind of proto-Tumblr – which isn’t to flatten his creativity, but speaks to the romanticised brand of nihilism which comes from living life on a string. “These books are really only the beginning to the archive of his short life,” Francesca says, imagining what else Davide might have been able to accomplish. “He would be 45 now if he was lucky enough to live on with his disease. I think painting would’ve entered the picture in his creative life, I actually have a few of his fabulous paintings. And he definitely would’ve had a partner and many children, that was always his dream.”

Of the book’s one hundred-plus photographs, it’s an image of Kirsten Owen with a turquoise lip and coral eye which, according to Francesca, best captures Davide. “It truly depicts his photographic personality; urban, gritty, yet dreamy. He would always show me the picture over and over again, he loved it so much! I think he also loved the fact that Kirsten was a mum. In fact, there are other photos of Kirsten with her child in the book.” It’s a moving explanation from where Francesca’s standing. As much as My Beutyfull Lyfe documents Sorrenti’s inner world, it’s just as much an artefact of a mother’s love, her stomach-soaring admiration for her son, and a refusal to forget.

Order your copy of the book here.