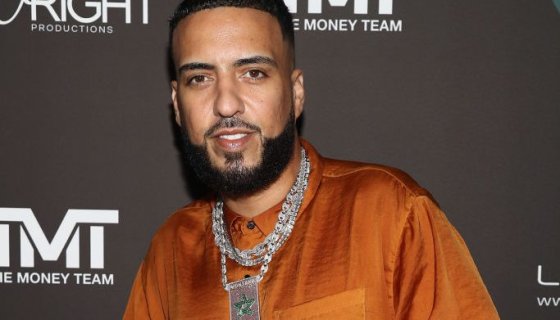 , as all artists should be, is confident in his catalog but it appears he might be gearing up for a battle he looks poised to lose. After taking to Twitter to declare he can hang hit for hit with , Twitter was quick to remind him that the numbers aren’t in Montana’s favor.

On Tuesday (April 21), the Coke Boys/Bad Boy Records star took to Twitter and made a challenge towards his Top Dawg Entertainment counterpart seemingly out of the blue.

“IF WE JUST TALKING ABOUT ANTHEMS, !! ME VS KENDRICK HIT FOR HIT ! I BELIEVE I CAN GO NECK TO NECK !! I BEEN MAKING HITS FOR A LONG TIME ! IT AINT MY FAULT I BELIEVE IN MYSELF. HOW WAS I SUPPOSED TO ANSWER THAT QUESTION ? HOW MANY TIMES I GOTTA PROVE MYSELF BEFORE I GET MINE,” French tweeted, ending his salvo with a wave emoticon.

He continued with, “I love kendrick! that’s not just for kendrick that’s to anybody they put in front of me, and ask me that same question what u want me to say lol ? It should be your attitude too.
If u think any less of yourself don’t blame it on the next person who don’t ! Face with look of triumph set it up.”

It appears that Montana wants some of that VERZUZ smoke with K-Dot, and he’s got some folks on his side if we’re going by his timeline alone. However, the greater Twitter world is reminding the Max B affiliate that he hasn’t quite achieved the number of hits to the degree he believes. It isn’t known if Lamar has caught wind of Montana’s chatter or if he’d even participate in a battle of the hits.

Check out the reaction from Twitter cooking Franch Montana over calling out Kendrick Lamar below.

French Montana: I Got more hits than Kendrick

Nobody:
Absolutely not a single person:
French Montana: I could go Hit vs Hit with Kendrick Lamar pic.twitter.com/tbsckizqsE

French Montana: I got more hits than Kendrick Lamar

Kendrick Lamar: Bitch Don't Kill My Vibe cause you know DAMN well you need to HUMBLE yourself cause Poetic Justice isn't The Recipe for my DNA and I'll leave your body parts in Swimming Pools all over this m.A.A.d city pic.twitter.com/9KfSOJyCWI

French Montana isn't even the Montana with the most hits. pic.twitter.com/vApHv8yC8w

Every time I hear French Montana come on a track pic.twitter.com/rd2eRQVtEh