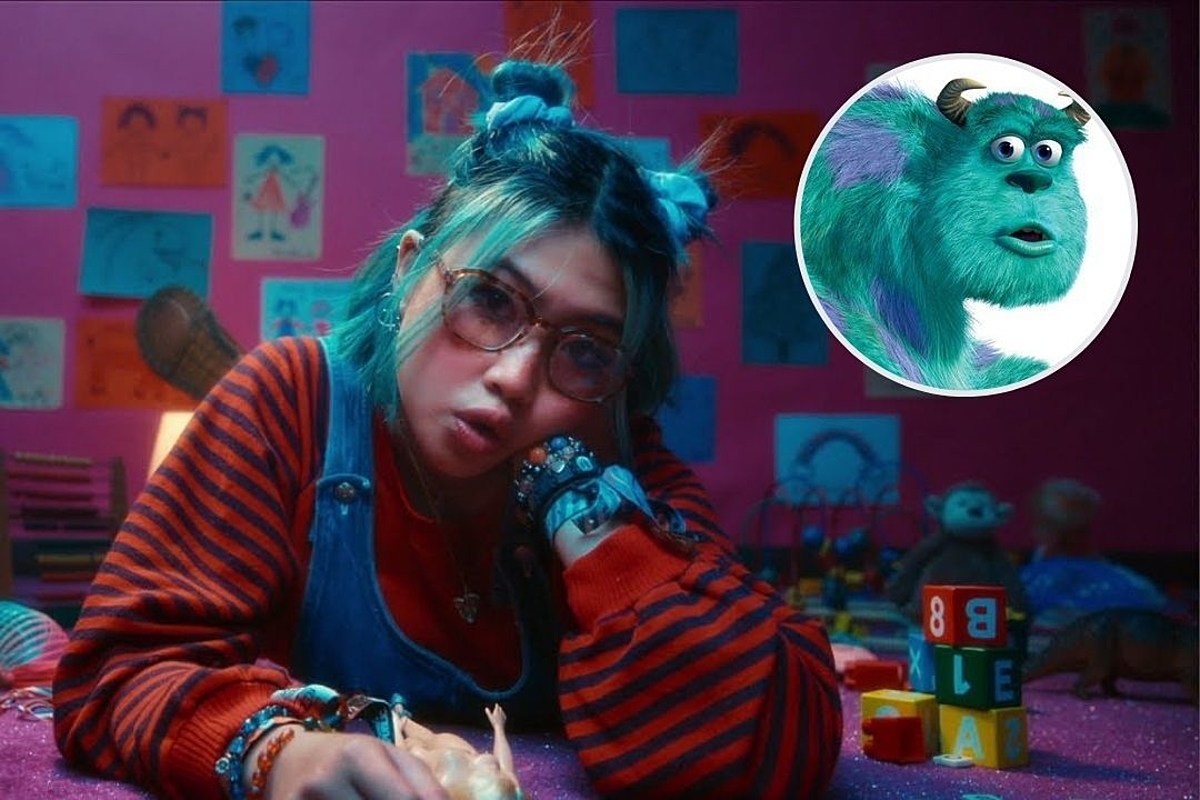 Beabadoodee's got a little thing for big, animated furry blue monsters voiced by John Goodman. But like, who doesn't!?

The up-and-coming alternative singer/songwriter, who is perhaps best known for her viral TikTok hit "Coffee," recently revealed the cartoon characters she credits her sexual awakening to—and Sully from Disney and Pixar's Monsters, Inc. tops her list.

The musician sat down with Cosmopolitan for their "That Feeling When" segment, during which she revealed her sexual awakening was sparked by a handful of animated characters, as well as one special television actor.

"TV show that helped my sexual awakening—this is going to sound so creepy but that guy from Blues Clues, the main guy with the dog, and he used to draw… Steve," she exclaimed.

As for cartoons, there are quite a few characters that she crushed on. "I don't know, there was just something about Sully that really clicked with me," she said of the Disney character. "All of my sexual awakenings have been cartoons, which is kind of worrying."

Beabadoodee also found herself attracted to Beast from Beauty & The Beast—but hilariously, not when he turned back into a human man. "It didn't hit the same when he turned into a human, I'm not gonna lie… It was a downgrade," she admitted.

Other characters that gave her butterflies in her stomach when she was younger include Moses from DreamWorks' biblical 1998 film The Prince of Egypt, Vincent from Tim Burton's 2005 Gothic romance film Corpse Bride, and Milo from Disney's 2001 fantasy/adventure flick Atlantis: The Lost Empire.

Ironically, she also believes that her current boyfriend looks like a mix of Milo and Vincent.

Watch Beabadoodee's latest music video for "Together," below.

The 20-year-old British singer released her debut album, Fake It Flowers, on October 16. The record departs from her indie bedroom pop genre and introduces a more alternative rock-oriented sound.