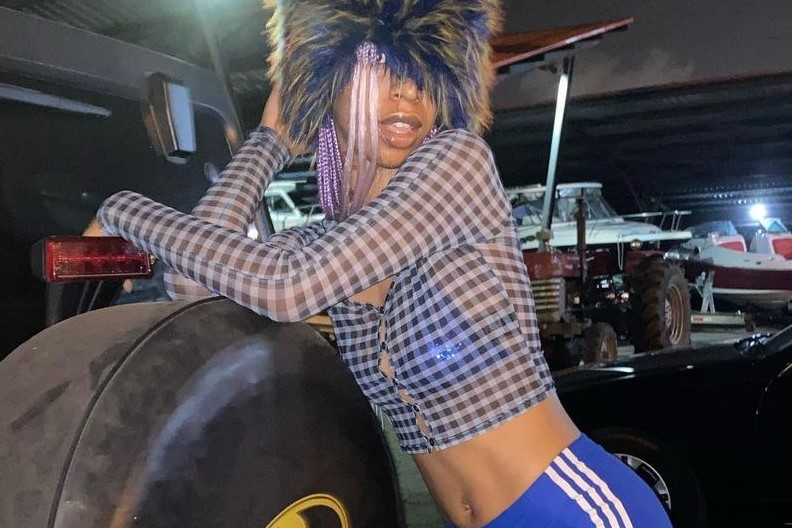 GmbH, Honey Dijon, and MJ Harper are also on the line-up of the three-day Reference Realities event

COVID-19 might have curtailed endless plans, but one thing it can’t stamp out is creativity. With Milan and Paris Fashion Week currently taking place in the digital realm for the second time in less than a year – after fresh lockdowns put an end to a return to the IRL runway format – London is set to follow in early February, as designers including Art School, Charlotte Knowles, Supriya Lele and more debut what they’ve been working on across the course of the last six months.

Beyond the established capitals, Berlin is also hosting its own biannual fashion week right now. Alongside a series of IRL – but socially distanced, obvs – events, creative PR agency Reference Studios’ namesake festival is also making its return, after kicking off back in 2019.

Originally taking place in abandoned car park in Neukölln, this time around the festival traverses the IRL and URL world, as it takes over the city’s Zeiss Major Planetarium, and stages a series of immersive online events that even those living beyond Kreuzberg and Freidrichshein can get involved with.

What’s on the line-up? Where to begin. Setting things in motion are powerhouse curator Hans Ulrich Obrist and iconic DJ and producer Honey Dijon, who link up for a live-streamed conversation. Following closely behind comes a virtual music experience featuring Amnesia Scanner, MJ Harper, and Pan Daijing, and a performance from Anne Imhof and Balenciaga fave Eliza Douglas.

Elsewhere, Tobias Spichtig – who you might also recognise from Balenciaga’s apocalyptic AW20 show – is set to put the sculptures he created for the label on show, GmbH will be debuting its AW21 collection, and 032c will be celebrating its 20th anniversary by celebrating the city it made its home, with Reference Studios also revealing a new creative competition supported by Slam Jam.

Perhaps the most brilliantly obscure event, however, is the launch of a collab that sees Dazed fave Mowalola Ogunlesi join forces with design brand Chapel Petrassi to drop a Mowalola-branded side table, which makes its debut via an exclusive short film. Get your first look at it by registering for Reference Realities here. We mean, what else have you got going on?