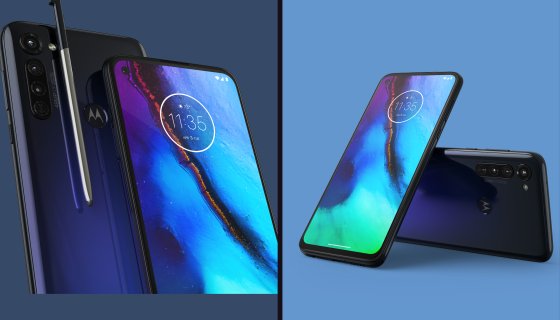 The latest smartphones are insanely costly, look no further than the iPhone 11 Pro Max and Samsung’s latest flagship phone, the Galaxy Note 10+. Fortunately, the folks at Motorola are looking out for your pockets and have introduced to new budget devices, the Moto G Power and Moto G Stylus.

is well-known for its budget smartphones and looks to continue that tradition with the introduction of the Moto G Power ($249) and Moto G Stylus ($299), the company’s first phone to feature a built-in-stylus.  Both phones feature a 6.4-inch, 19:9 FHD+ display with a 16-megapixel hole-punch camera to take your selfies. Underneath the hood of both phones is a Snapdragon 665 chipset that helps power the device’s triple-camera system.

Both phones also feature 4GB of RAM, run on Android 10, and have stereo speakers. As far as design is concerned, both phones exteriors are made from glossy plastic with a  3.5mm headphone jack and rear-mounted fingerprint sensor. Sadly both models do not feature NFC (near-field communication) or wireless charging. Both devices are designed to be “water repellant,” not to be confused with being completely waterproof because that is not the case.

Where they differ is another story, with the Moto G Stylus you not only get a phone with the built-in accessory, you also get a better camera. The phone has a 48-megapixel primary camera that shoots quad-pixel 12-megapixel stills and has night vision and a 2-megapixel macro lens that can supposedly focus on objects that are just two-centimeters away. There is also a 117-degree ultrawide video camera as well. As for the stylus, it’s not as impressive as the  Bluetooth enabled accessory but is an excellent replacement for those not looking to drop $950 Samsung’s flagship device.

The Moto G Power, on the other hand, doesn’t have a great camera like the G Stylus featuring a 16-megapixel primary camera, an 8-megapixel 118-degree ultrawide camera, and the same macro camera. It also takes a hit in internal storage with only 64GB compared to the G Stylus’ 128GB. If you do need more space, both phones do have offer microSD card slots.

Both models will be available this spring and will be sold unlocked at various retailers like Amazon, B&H Photo, Best Buy, and Walmart.