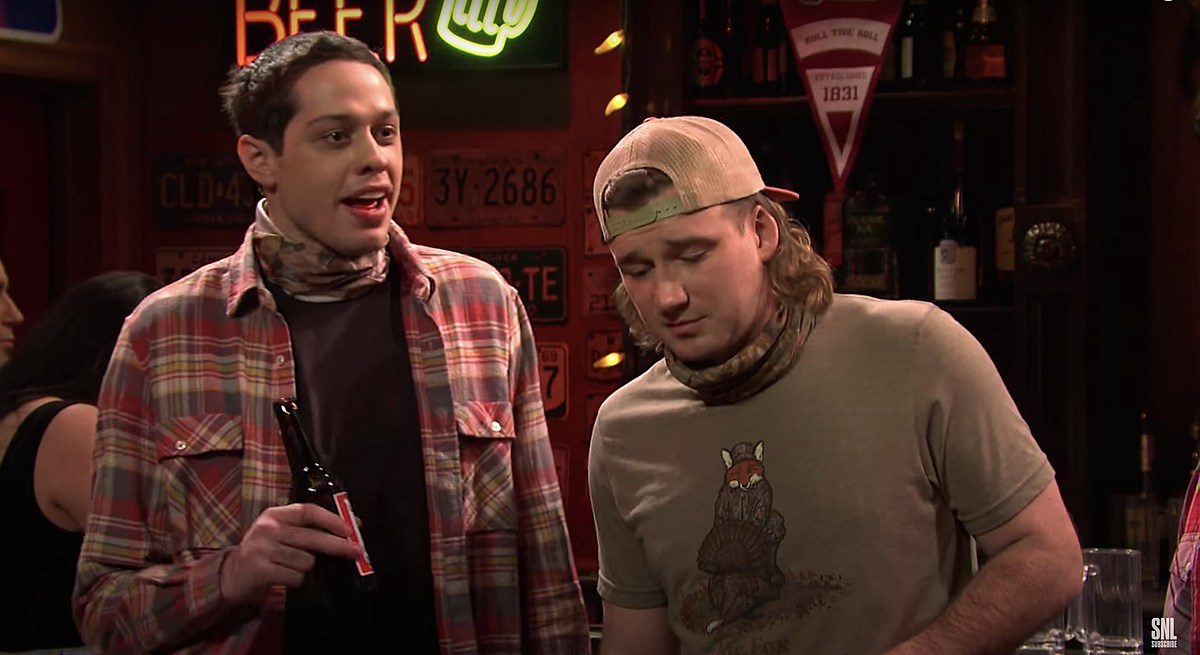 Morgan Wallen debuted on the Saturday Night Live stage just two months after he was disinvited after breaking COVID-19 protocols.

On the Saturday (December 5) episode of the comedy show, Wallen took part in a sketch that co-starred the host for the evening, Jason Bateman. The sketch began with Wallen partying without a face mask or social distancing at the University of Alabama, what actually happened in real life as well.

Bateman, donning the same clothes, approaches Wallen and explains that he's Wallen from the future.

"I am you from the future and I came here to stop you from partying tonight," Bateman told him. "Trust me somebody's gonna post a video of you ignoring COVID protocols, the whole internet's gonna freak out." He added, "Once people hear about the party, you're in big trouble man, you're gonna get kicked off Saturday Night Live."

Wallen told his future-self that he doesn't want to lose the opportunity or disappoint his fans so he better go. Before he could, Bateman said that he forgot how fun the party was and questioned if he should go since he's having such a good time. Before long, Bateman said that they can stay five more minutes.

Bowen Yang, who portrayed Wallen two months in the future, came to warn Wallen to leave the party and to warn Bateman to not do the experimental skin treatment in the future.

Finally, Pete Davidson appeared dressed in similar clothes but said that he was "just a random dude at the party." He told the trio, "You're going to do the right thing and accept responsibility for what you did tonight… They're [SNL] gonna have you on two months later, I promise. There aren't many people willing to fly to New York right now."

Watch the full skit, below.

Along with participating in the skit, Wallen performed his latest single, "Still Goin' Down."

Watch his performance, below.