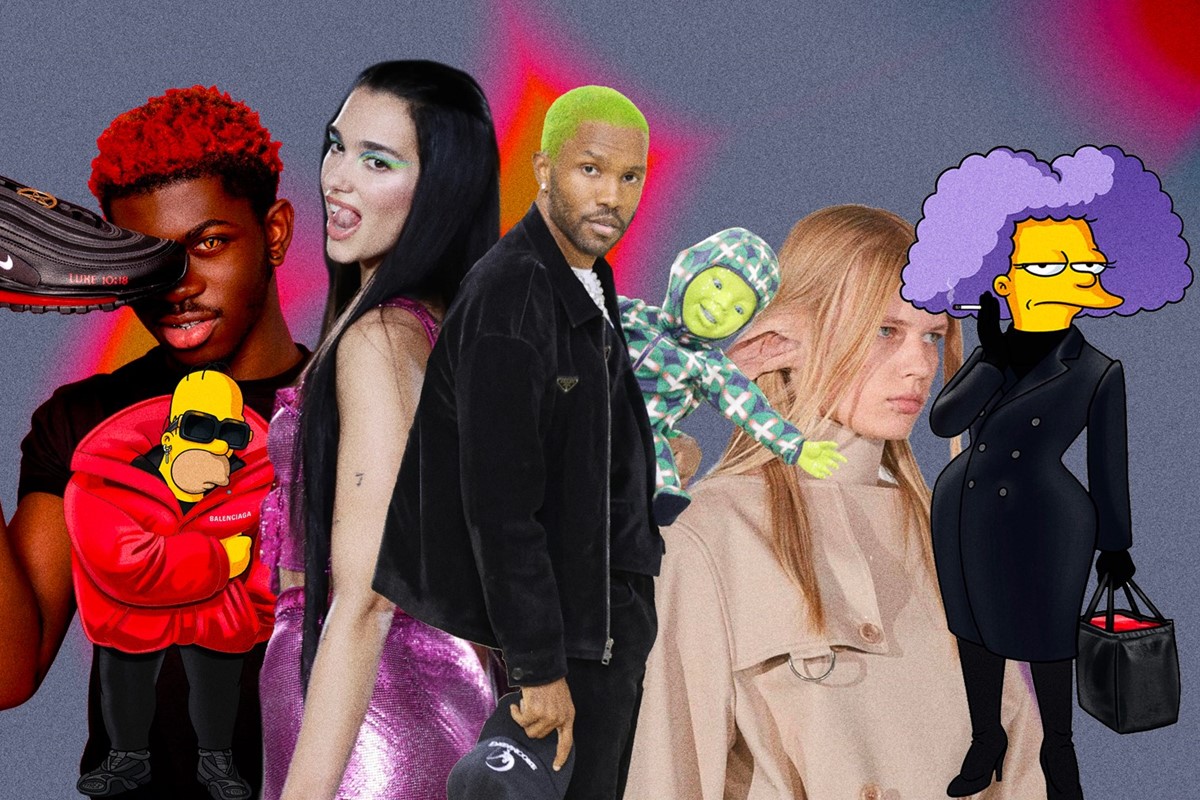 From Phoebe Philo announcing her return, to Balenciaga’s take on Springfield, to Gucciaga and Fendace, we break down one of the most obscene years in fashion yet

Farewell to 2021, the year that brought us Ratatouille the musical and a Yassified Bernie Sanders. Less of an annus horribilis, more of a Nicki Minaj’s cousin’s friends’ testes horribilis, it’s easy to look back over the past twelve months and feel somewhat thwarted. The psychic break of 2020 promised a roaring twenties where debauchery and hedonism reigned supreme but outside of Downing Street did anything of the sort actually happen? With our dried-out brains overloaded with daily discourse, NFT art, and Delta, we were stuck like a cargo ship in the Suez canal. One foot queuing for a booster and another still working from home, we learnt that freedom has a bitter tang, like the delicious slick of an envelope.

Of course, it’s not that nothing happened, it’s that, actually, too much happened. Between Lady Gaga’s unhinged press tour for House of Gucci, Machine Gun Kelly uttering the words “I am weed”, and the return of the selfie stick, in 2021, cringe became currency. With culture a constellation of flashing lights – a control room under attack – it seemed as though each and every bulb was willing to blow itself up in order to burn the brightest. Versace collaborated with Fendi, Gucci with Balenciaga, and then both “hacked” and “swapped” the other right back. Despite pledging to just do and make less, fashion just got bigger and more bountiful. Below, we address the state of fashion in 2021 through its wildest moments.