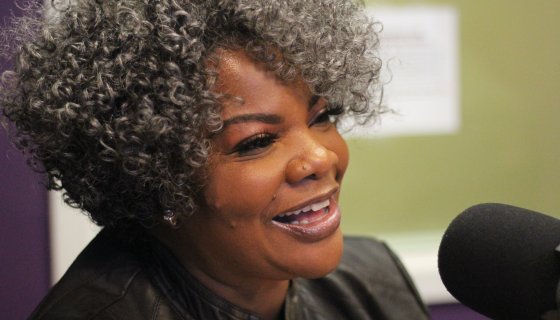 has been given the green light to do battle on that hill. A judge has allowed the Oscar-winning actress and comedienne to proceed with her discrimination lawsuit against Netflix.

In case you forgot, back in 2018, Mo’Nique got big mad when when it came to paying her for a comedy special. Not many people were checking for a boycott of their beloved Netflix, but anyway for racial and gender discrimination.

Mo’Nique, born Monique Hicks, claims Netflix offered her $500,000 for a Netflix comedy special in 2017. When she balked and wanted more dough, she says they didn’t even bother to counter-offer. According to her lawsuit, that isn’t standard procedure and is illegal.

Mo’Nique’s reps pleaded with Netflix to reconsider a “racially and gender biased offer” and asked, “What makes Mo’Nique, who has been labeled a living legend based on her awards from around the world worth $12,500,000 less than Amy Schumer to [Netflix]?” according to the suit.

The suit filed in California state court in November likewise cites the tens of millions of dollars reportedly paid to the likes of Ricky Gervais, Ellen DeGeneres, Chris Rock and Dave Chappelle for their Netflix specials.

When Mo’Nique refused the low-ball offer, Netflix did not counter or keep negotiating, a standard practice, according to the suit. Instead, the streaming giant “retaliated” against her by killing the deal and “blacklisting” the comedian, the suit claims.

Netflix argued that retaliation claim was “nonsensical” because its opening offer was “fair” and the comedian’s case would set a legal precedent, tried to get the case thrown out. But US District Court Judge Andre Birotte Jr. rejected their motion on Thursday.

To be fair, Mo’Nique cites that Schumer was able to up her coins, while she got curved. No matter if you think Mo’Nique is worthy of that type of cash, the judge felt she has a point.

“The Court notes that Mo’Nique raises a novel theory here, namely that an employer’s failure to negotiate an ‘opening offer’ in good faith, consistent with its alleged customary practice which typically leads to increased compensation, constitutes an ‘adverse employment action’ for purposes of a retaliation claim,” wrote the judge.

Considering the current climate when it comes to systemic racism being called out, Mo’Nique’s case is that much stronger. We wouldn’t be surprised if this gets settled out of court.