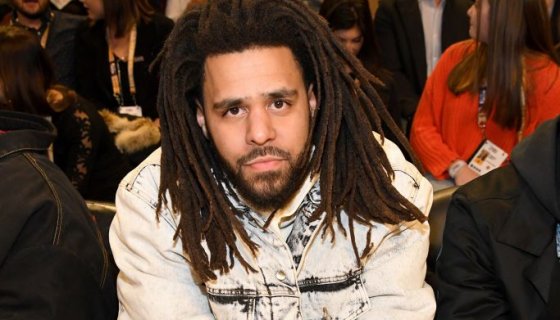 , at just 35 years of age, has done just about everything in music he hoped to achieve when he first began his long journey with Hip-Hop. With rumblings of retirement, the Dreamville honcho once again showed off his superior pen and singular vision as an artist with a two-single dropped titled Lewis Street that has Twitter remembering their love of the North Carolina rapper and producer.

The Lewis Street two-pack features the self-produced “The Climb Back,” a fitting title showing off the Fayetteville star’s return to rap royalty. Over a turbulent track, Cole finds a comfortable pocket and lays out his literal climb as a rapper in his usual frank fashion.

From “The Climb Back”:

I’m sick of this flauntin’, from n*ggas I know for sure ain’t got mo’ dough than Cole/Trash rappers, ass-backward, tryna go toe-to-toe/We laugh at ya, staff strapped up on top the totem pole, to blast at ya/Bass masters, look how they tote a pole/Gotta know the ropes and the protocol/Or they gon’ for sure blow your clothes half off like a promo code/Made a lil’ tune called “Foldin Clothes,” and a n*gga still ain’t known to fold under pressure
Well you know what Cole do/Make a diamond, they just rhymin’, me, I’m quotin’ gold/

Cole follows up “The Climb Back” with “Lion King On Ice,” a more straight-ahead track co-produced by T-Minus and Jetson, harkening back to his “Young Simba” days in clever fashion.

With a revealing op-ed “The Audacity” published by The Player’s Tribune, fans got a deeper look at the typically reclusive and self-analyzing Cole. While hints of retirement are present, the excitement over the Lewis Street drop proves that J. Cole is still the people’s choice. Still no word on , but this appetizer should hold many over.

First 2 songs from The Fall Off.

The Climb Back
Lion King on Ice

“Address me as the Goat like they call Chief Keef Sosa.” – J. Cole pic.twitter.com/ztP4eMP73U

J Cole better not retire after this album pic.twitter.com/J5frftINl4

"Everybody mentions suicide prevention man, they even made a hotline, To call up when there's tension, But I got a question, What about a fuckin' homicide?" pic.twitter.com/hYv6U2bydu

"niggas ain't worthy to be on my shit"

This is what he meant pic.twitter.com/okVkRpSWeh