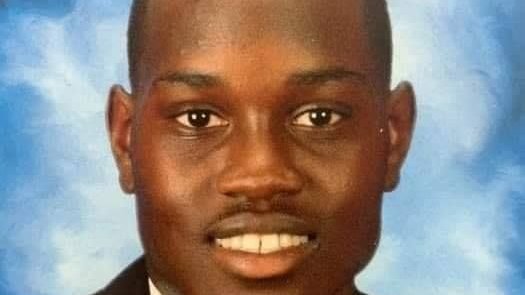 Add jogging to the growing list of things Black Americans can’t do without the fear of being gunned down for no reason.

Yesterday (May.5), the internet reacted to a that showed the brutal killing of 25-year-old Ahmaud Arbery at the hands of two white men in Brunswick, Georgia. In the clip (which we will not be sharing), Arbery can be seen jogging in a neighborhood outside Brunswick on February 23 and subsequently chased down by a former police officer, of course, and his son authorities stated.

According to the Glynn County Police report, Gregory McMichael revealed to authorities the same old spiel that he thought Arbery looked like a man suspected of a series of recent break-ins that have taken place in the neighborhood. Hence, they took upon themselves to take action.

In the highly disturbing video, McMichael and his son hunt down Arbery. A struggle then ensues between Arbery and McMichael’s son over the shotgun he is wielding. While Arbery is doing his best to defend himself by throwing punches, as 2 shots can be heard going off as they fight off-screen. McMichael is standing in the back of the pick-up truck also pulls out a weapon as well but doesn’t fire. When Arbery comes back on the screen, a third shot is heard, Arbery stumbles back and his fatal wounds near his left rib cage are visible, and he stumbles and falls.

The video has sparked a tremendous amount of outrage as the details surrounding it continue to come out. Mainly over the fact, the incident happened back in February and the fact one of the District Attorney’s who has have recused themselves from the case wrote that “Travis McMichael acted out of self-defense and their actions fell within Georgia’s citizen arrest laws.”

Reactions denouncing Arbery’s killing are pouring in. Democratic presidential nominee, Joe Biden has weighed in, Senator Kamala Harris and many more have sounded off.

The case will go to a grand jury in coastal Georgia, protesters have taken to the scene to the crime already. This is the next powder keg waiting to explode during a global pandemic no less. You can peep the reactions in the gallery below.

The video of #AhmaudArbery sickens me to my core.

Exercising while Black shouldn't be a death sentence.https://t.co/GV7GFju7tr

This #ahmaudarbery case is the kind that keeps black parents like me up at night. He was 25 and jogging. My son is 26 and likes to run. They don’t have to be doing anything wrong, and in a split second DEAD because rampant anti-blackness marks their masculinity as menace.

Let’s be clear: the Georgia prosecutor in the #AhmaudArbery case is no hero. He has sat on this video for a month. He is ONLY sending this to a grand jury because the video was leaked. #RolandMartinUnfiltered

These are the two murderers of #AhmaudArbery.

They are STILL walking free.

Their names are Gregory and Travis McMichael. pic.twitter.com/TyC6HCJv7a

#AhmaudArbery was killed Two. Months. Ago. The only reason this case is being seen by fresh eyes is because of outcry & video.

NEVER tell us to wait ever again. It almost always means never.

"How much time do you want for your progress?" Baldwinpic.twitter.com/T36bqnUgMz

— brittany packnett cunningham does not do remixes. (@MsPackyetti) May 5, 2020

Are these two men “good people” too, @realDonaldTrump? I call on you and @GovKemp to condemn the actions of these two white men as terrorism, hatred, inhumanity, insanity, immorality and evil. Unconscionable. #AhmaudArbery pic.twitter.com/XoYmrlr6sR

Georgia, if you can crowd the parks and malls for sunshine and sneakers, you can show up for #ahmaudArbery. Space yourselves out and wear your masks, but let the world know that you will not accept this in your state!

I've been speechless all day about the lynching of #AhmaudArbery.

Sometimes words can't paint the picture of thoughts, of feelings, of rage, of reckoning again with one's existence as a Black American–an existence of always being one step away from racist terror, from death.

The shooting of #AhmaudArbery, an unarmed Black man jogging in a Georgia neighborhood, happened TWO MONTHS AGO. Law enforcement said the attackers, who claimed Arbery was a burglar, were legally open carrying and within their rights to pursue him. https://t.co/OLzTBXUTYZ

I saw the Ahmaud Arbery video hours ago on @AttorneyCrump’s timeline and was sickened, disgusted and horrified. An unarmed black man being executed for doing nothing but existing is sadly called Tuesday in this country.

This is Ahmaud Arbery.

A white man and his son, hunted him down and murdered him.

Once again for those in the back, 25-years-old and exercising when two white men hunted him down like an animal and murdered him. https://t.co/TodYoXEJOP

Blocking the road and WAITING for someone with loaded shot guns is not standing your ground, it’s manslaughter. #AhmaudArbery pic.twitter.com/5s3wcvqQf1

Please Share Ahmaud Arbery was an innocent 25 year old black man that was murdered by two white men😔 He jogged in the area every single day and ppl would call the police on him and say he was a burglar. That's not even the worst part the murder was recorded😡😡 #BlackLivesMatter pic.twitter.com/JNYzlm7gd4

I haven’t watched the video of #AhmaudArbery because I know it’s painful. @GovKemp these two are murderers. No self-defense, just full blown murderers. You might want to wake up. #JusticeForAhmaud pic.twitter.com/WJytt1QSuy

The video is clear: Ahmaud Arbery was killed in cold blood. My heart goes out to his family, who deserve justice and deserve it now. It is time for a swift, full, and transparent investigation into his murder. https://t.co/alvY5WjdHx

👇🏾
"Durden is the 3rd prosecutor..assigned to the case after..2 recused themselves because of professional ties to..McMichael (who) recently retired..as an investigator in the Brunswick DA's office. He..worked for 7yrs as an officer in the Glynn Co PD." https://t.co/VSuB0Qw2WV

No charges have been filed against former Brunswick, Georgia police officer Gregory McMichael and his son Travis McMichael for the cold-blooded murder of 25-year-old jogger Ahmaud Arbery.

The video is too disturbing to share. This was a lynching.https://t.co/qFCbCJiVr6

A lot of y'all young black folks act like voting doesn't matter.

Pay attention to your local sheriffs and prosecutors because any of us could easily be Ahmaud Arbery.

Who do you want sitting behind that District Attorney desk when the local racists come for you?

The brutal, horrific, intentional murder of #AhmaudArbery was a modern day lynching. To call this anything else is to excuse and enable white supremacy. Not sharing the video, but think it’s a moral imperative to speak out.