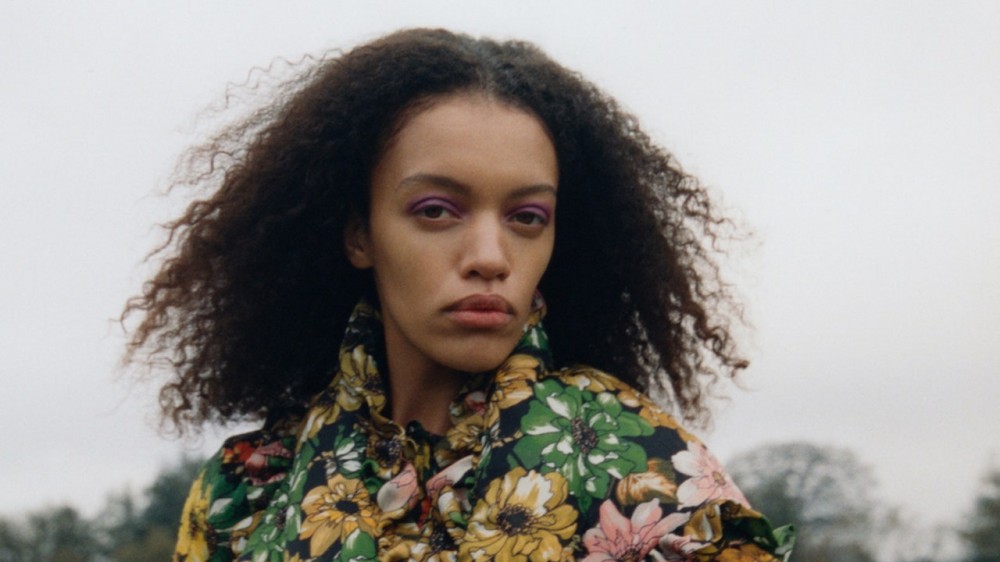 Black-British model Kukua Williams, 24, who has worked with the likes of Celine, Erdem, and Jil Sander, posted a photo of herself taken while she was detained in an Italian airport during Milan Fashion Week. It went viral on March 7, and in the caption, she described how the experience had left her deeply shaken: “I’m sharing to shed light on the issues Black models have to face in this industry, issues that would not happen and haven’t happened to everyone,” she wrote. The comments were a testimony to the fact that this wasn’t an isolated incident.

Here, Williams writes a first-hand account of that day and highlights the changes that need to be made in the fashion industry, and beyond, to stamp out racism once and for all.

I first experienced racism in the fashion industry not long after I started modeling. I was on a job with one other non-Black model. While the team referred to her by her name, I was ‘the Black girl’. At that moment, I began to question my worth: was my only job to fulfill a diversity quota?

Every Black model has their breaking point, whether it’s your hair being handled incorrectly one too many times, police stopping you on your way to a casting or your name repeatedly being mispronounced. My breaking point came during Milan Fashion Week AW21 when I was detained in an Italian airport for 24 hours for no apparent reason. While this may sound shocking to some, situations like this can be a normality for Black models.

I was prepared for thorough checks of my documentation as well as being questioned in regards to my reasons for traveling during a pandemic (castings for potential work). What I was not prepared for was being denied entry to a country seemingly because of the color of my skin. My documents were in order, and non-Black models from my agency had done the same journey in the days before without any problem.

Throughout my 24-hour detention, I was told no one was allowed to enter Italy from the UK unless they were an Italian citizen. The authorities refused to read the letter I was carrying from my agency, which was the same as all the other models had, and told me castings weren’t a good enough reason for entry. They restricted me from using my phone and I had my passport confiscated. The following day, I was driven to a plane that would take me back to England in a police car, as though I were a criminal. The experience left me traumatized.

No pride is lost in addressing racism head on. So much more can be achieved behind the scenes to learn about the discrimination Black models face by simply asking us — but it’s not our job to find the solution. When I was detained, it was left to me to establish and try to process why it had happened. I feel like conversations do not happen when the ‘why’ is race.

While the fashion industry is finally becoming more inclusive — in front of the lens, at least — this progression has its limitations. Racial discrimination is rife around the world, meaning the world is unsafe for people of color, and the fashion industry is part of — not separate from — that world. I am not alone in having an inherent fear of traveling through an airport in case I am either stopped and searched, or detained.

There needs to be greater transparency around issues of racism, not just murmurs and rumors between other models who can relate. If people of color address racism ourselves, we’re often accused of making everything about race, as if we’re just waving around an invisible ‘race card’. I’ve repeatedly heard that term — ‘race card’ — and it automatically comes with a free token for the ignorant person to eye roll, as if to say: “A Black model making it all about race again, boring.” I do not wake up in the morning with the goal of being subjected to racism — it is what happens naturally when the industry I work in requires me to enter the real world, and in the real world, I have no protection.

The apparent racial profiling I experienced that day was not just a case of ‘bad luck’ and I shouldn’t have to go viral on social media for the world to recognize that. Black models should not be fearful of speaking out about such experiences in case it hinders future job opportunities. We need to be able to say: “I was treated this way because of my ethnicity and the color of my skin.” It may be uncomfortable, but that way lies progress.

My race is something I love, embrace and am proud of; it’s not something I should have to justify. There is a great need for solidarity globally. People who are not of color in the fashion industry and beyond — it’s your turn now to fight for us.

Vogue has reached out to the airport for comment and will update this article with any responses we receive.