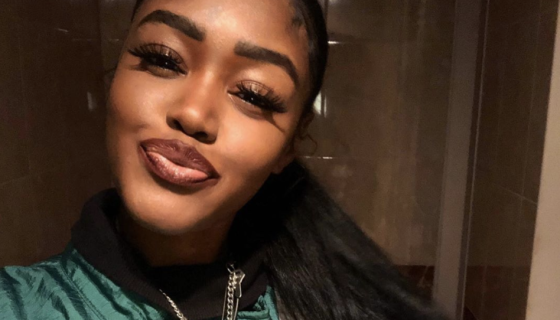 Rising rapper and Ford Model Chynna has passed away.

According to The Wrap, the 25-year old rapper and model died on Wednesday, her manager confirmed.

“I can regrettably confirm Chynna passed away,” a statement from her manager said, according to the publication. “Chynna was deeply loved and will be sorely missed.”

Although the official cause of death was not revealed, Chynna had previously opened up about her struggles with opiate addiction. During an interview with Vibe in 2017, the young model discussed her addiction and decision to seek help.

“I felt crazy. I didn’t want to be a statistic. I didn’t want to go out that way and people be like: ‘I told you so,” or glamorize it [drugs], because I don’t feel like that,” Chynna said at the time. “It was nerve-wracking to be open, but when you see how many more people who are dealing with the same thing, it’s good to have some kind of example of someone you didn’t expect to be going through it.”

Since news of her death began to spread, music industry figures from the  to and have penned heartfelt reactions to losing the promising rapper.

we were talking this MORNING!!!!
no fucking WAY

Chynna signed to Ford Models when she was 14 and released her in case i die first EP at the end of last year.

Check out the visuals for i die first and heartfelt condolences from Twitter below.

Today we mourn the tragic loss of the very beautiful and talented model, rapper, and all around lion-hearted human being @MadeInChynna. 🖤 You will long be missed. We love you 4L Chizzy. 🕊 Rest in Paradise #ChynnaRogers 💔 pic.twitter.com/pfM08xLMnQ

😢Just learned of Chynna and unfortunately they aren’t saying how she passed away but she was another soul dealing with her soul. Rest in Peace #ChynnaRogers https://t.co/GW0st00925 pic.twitter.com/6P2CkIL99x

seasonal depression, untitled, ninety, the conversation— literally her vibe grabbed me out of this dark ass place I was in and I would play her on rpt over & over. #chynna this hurt different, I’m shattered 💔 pic.twitter.com/lxEFD1DvjP

#chynna the had barz huh yeah I See y they called her the priestess pic.twitter.com/dtO6bvDdgC

I’m in complete shock. I loved her style & rap flows. I was just listening to mood. So sad. RIP @MadeInChynna #chynna #ripchynna pic.twitter.com/xjB4zzKrne

Most sincere condolences to you, loved ones and family. I believe her guardian angel will watch over us too, may her soul rest in perfect peace. #RIPCHYNNA #CHYNNA💔 💔 pic.twitter.com/nfK3ij6yRW

Omg! Nooo!!! Why you Chynna? You can't be gone sis! You are too young for this kind of news and you had your whole life ahead of you. Rest up sister Queen, you will be missed and remembered. 😢😢😢🙏🏾🖤#Chynna #WestPhilly #Philly #Philadelphia #RIP #HipHop #Model pic.twitter.com/W01zCr5LKc

Another celeb passed. RIP Chynna is trending. I'm going to guess Drugs are the reason.

Reason I stopped going to parties in Hollywood, young adults my age getting blasted and ending up in jail or dead, stop being dumb, don't do it.#chynna pic.twitter.com/4IcZ4Jhy9S

Now is not the time, so I'm not gonna say what I really want to say.

Once more fact are revealed, maybe yall shld have a real discussion about what's happening in the culture and other factors that may have contributed.
Until yall talk real shxt.. ..#chynna #MacMiller