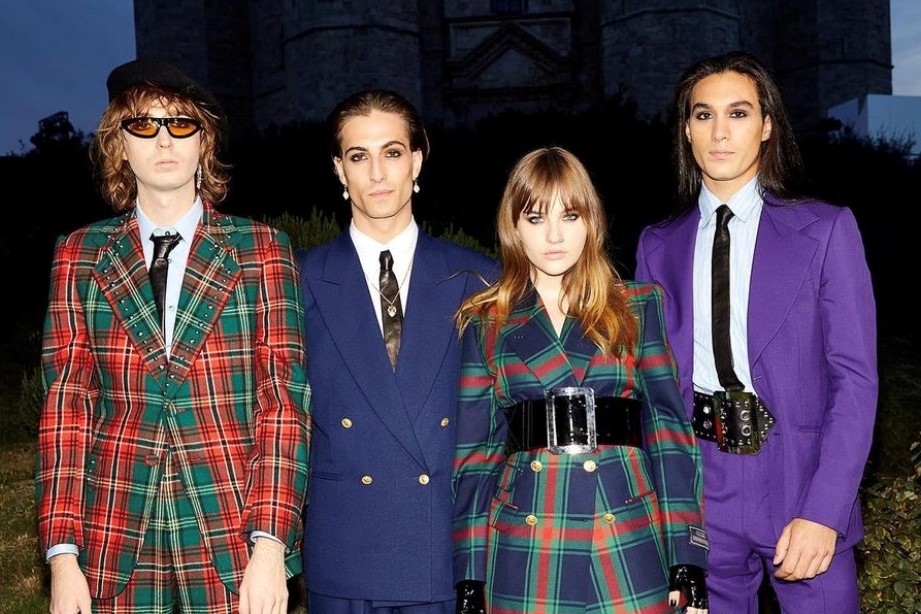 If there’s one thing Alessandro Michele knows how to do, it’s put on a show – and though the pandemic ended that for a couple of years, the big Gucci production is back, baby. Having landed in Los Angeles at the end of 2021, where he convinced Miranda July, Macaulay Culkin, Steve Lacy, and more to tread the runway, last night he took over a mystical 13th century castle on the top of a hill in Italy’s Puglia region. Invite lost in the post? We’ve rounded up everything you need to know about the house’s magical Cosmogonie show.

‘A soup, a swirl, a true salade of ideas’: inside new mag Red3licte

GUESTS NAMES WERE WRITTEN IN THE STARS

Literally! Upon arriving in Puglia, guests were gifted a star named after them, with a certificate detailing how to locate theirs in the cosmos (which I did, immediately). Not only was it a super cute, very special touch, but it’s all for a good cause, too – the stack of cash Gucci spent on them goes directly to a non-profit organisation called TESS which surveys the skies for new stars and planets.

(ALMOST) ALL THE GUCCI FAVES WERE THERE

IT TOOK PLACE IN AN 13TH CENTURY CASTLE, ON THE NIGHT OF A LUNAR ECLIPSE

According to Michele, that the (almost) full Super Flower Blood Moon meets lunar eclipse moment that took place on the night was pure serendipity, as he explained pre-show things hadn’t been planned that way. Sitting atop a hill in the middle of the Puglian countryside, the Castel Del Monte – built by King Frederick II way back in the 1240s – was bathed in the most magical candy floss-coloured light as the sun set and guests took their seats. The historic landmark itself is steeped in mysticism and theories as to its purpose, with its strange symmetry leading historians to theorise about its links to astronomy. The show kicked off as the sun sunk below the horizon and the enormous orange moon rose into the sky.

THE CLOTHES MASHED UP PAST, PRESENT, AND FUTURE

The collection itself was a typical Gucci riot of mish-mash dressing that clashed eras and references with wild abandon. Dramatic evening dressed that swept behind the models as they walked were finished with rigid ruffs to the neck, David Bowie-esque 70s jumpsuits in geometric prints with coquettish cutouts were paired with uber wide-brimmed hats, while slinky sequined and beaded tops with hoods seemed to reference the kind of chainmail knights wore in battle. Distressed denim jeans and bulky, oversized jackets were studded with beads and sequins in constellation-like patterns, with bold faux fur coats with behemoth shoulders and nipped in waists also featuring heavily. The final look, worn by Lily McMenamy, was an inky blue velvet gown also scattered with sparkling star formations, with the Castel del Monte behind her lit up with its own glittering galaxy.

SURPRISE! THE ACCESSORIES AND FINISHING TOUCHES WERE GREAT

Michele’s seemingly got a thing for strawberries this season, given he sent a number of cute leather versions out onto the runway in the form of bags and purses – some models even had tiny transfer tattoos on their arms and faces. Elsewhere, open bags threatened to spill their contents – namely, Gucci beauty and fragrances – as part of a look not to be tried on the Tube. Jewelled headbands and matching, enormous earrings dangled from ears, while some models were strung from ear to mouth with strands of beads and pearls. Particularly eclectic flourishes came via more faux fur – this time in the form of fluffy muffs, as well as shaved heads bearing the Gucci double-G monogram.

THE CASTING WAS A LOT MORE DIVERSE

Gucci’s models were pretty renowned for being very young and very slim, until last year’s LA show when Michele sent his first ever curve models down the catwalk. With some labels also casting larger models for one season before reverting back to business as usual, it seems as if he’s intent on diversifying his runway permanently. A number of models with bodies above fashion’s tiny typical sample sizes joined the Cosmogonie line-up, and there were also a few older models in the mix, too. There may be a long way to go in terms of representation, but designers like Michele are clearly listening.

THE AFTERPARTY WAS A RIOT

Despite busting his ankle at last weekend’s Eurovision, Damiano managed to hobble onto the stage to perform with Måneskin, with the whole band kitted out in full satin and sequined Gucci, obvs. Not to get all Daily Mail headline about it, but Jodie Turner-Smith was luminescent as she danced on a podium with Paul Mescal throughout the night, but perhaps the biggest highlight was seeing Lana Del Rey lip-syncing for her life to “Summertime Sadness” when DJ Mark Ronson dropped it into his set. A surreal and brilliant moment if ever there was one.