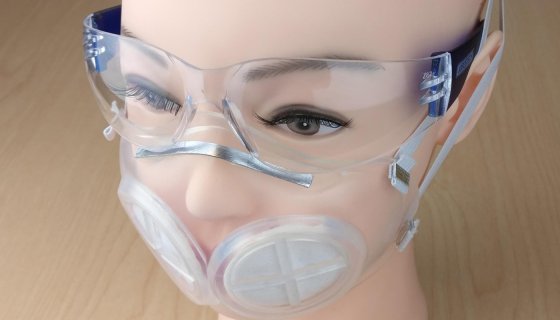 As continues to re-surge the world is taking action to ensure safety. One institution is saying they have created PPE that is built for multiple uses.

CNBC is reporting that the Massachusetts Institute of Technology has announced that they have taken a major step in slowing down the spread of Coronavirus. According to the feature engineers and researchers at the school have made a mask that users can reuse without sacrificing the quality of protection.

Generally N95 masks, which block airborne molecules and fluids that may contain the virus, are now hard to come by. MIT’s design is entirely made from silicone making it completely safe to wash and wear multiple times. The iMASC, which stands for Injection Molded Autoclavable, Scalable, Conformable, also features two slots for disposable N95 disks.

The staff detailed their enthusiasm in a formal press release. “One of the key things we recognized early on was that in order to help meet the demand, we needed to really restrict ourselves to methods that could scale,” says Giovanni Traverso, an MIT assistant professor of mechanical engineering and a gastroenterologist at Brigham and Women’s Hospital. “We also wanted to maximize the reusability of the system, and we wanted systems that could be sterilized in many different ways.”

The team is now working on a second version of the mask, based on feedback from health care workers, and is working to establish a company to support scaled-up production and seek approval from the FDA and the National Institute for Occupational Safety and Health (NIOSH). The iMASC will cost about $15 and will be sold into medical facilities.