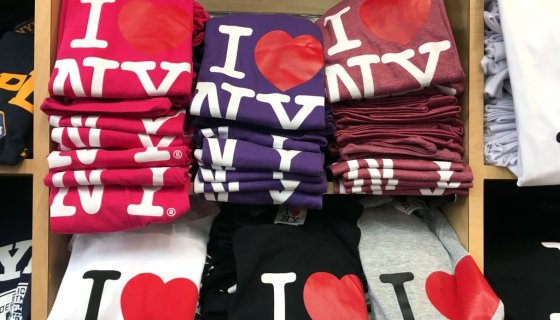 Milton Glaser, a graphic designer responsible for the iconic logo, has died. Mr. Glaser was also behind several logos and art, including the log for DC Comics among other works.

TMZ reports that Glaser died Friday, (July 26), his 91st birthday by way of a stroke and renal failure according to still developing reports.

Milton Glaser (b.1929) is among the most celebrated graphic designers in the United States. He has had the distinction of one-man-shows at the Museum of Modern Art and the Georges Pompidou Center. He was selected for the lifetime achievement award of the Cooper Hewitt National Design Museum (2004) and the Fulbright Association (2011), and in 2009 he was the first graphic designer to receive the National Medal of the Arts award. As a Fulbright scholar, Glaser studied with the painter, Giorgio Morandi in Bologna, and is an articulate spokesman for the ethical practice of design. He opened Milton Glaser, Inc. in 1974, and continues to produce a prolific amount of work in many fields of design to this day.

The aforementioned National Medal of the Arts was awarded to Glaser by President Barack Obama and First Lady Michelle Obama for his contributions to the art world in 2009.

The “I Love NY” campaign was launched in 1977 as part of an advertising campaign to promote tourism. Glaser designed the iconic logo in the back of a taxicab with a crayon and has become ubiquitous with New York City. The original work can be viewed at the Museum of Modern Art in Manhattan.