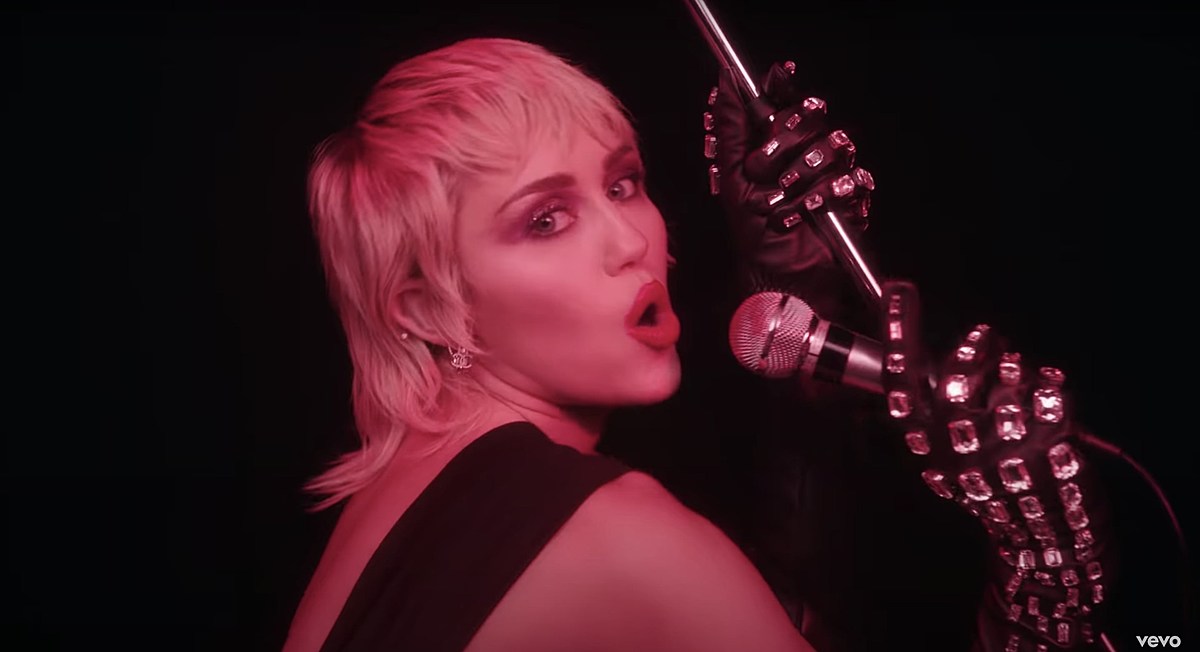 On Wednesday (December 9), the "Midnight Sky" singer spoke to the Australian television show, The Project. Her latest record references past relationships, including her music video for "Prisoner" featuring Dua Lipa.  The ending of the video features a memorable dedication. The message on the screen read, "In Loving Memory of My Exes. Eat S—t."

During the interview, Cyrus revealed that the message was intended for herself rather than her exes. "I think life can be very painful and sometimes poking fun at it and laughing along with it, like I feel like life is laughing at me, you know? Pulling it's strings," she explained to the host. "Just creating whatever chaos that it wants to and it doesn't take it easy on us."

"I think that was a way that I was able to kind of fight back at that and poke a little fun at it and create something that was campy and that was kind of the perfect bookend for what we made," she added.

Although this message wasn't directed at her exes, other messages in her record reference the men directly. The Jonas Brothers were referenced in her album booklet. She included an article about their former Disney Channel television show and a handwritten message from the Jonas family.

Additionally, Cyrus confirmed that the song, "WTF Do I Know?" is about her ex-husband Liam Hemsworth.