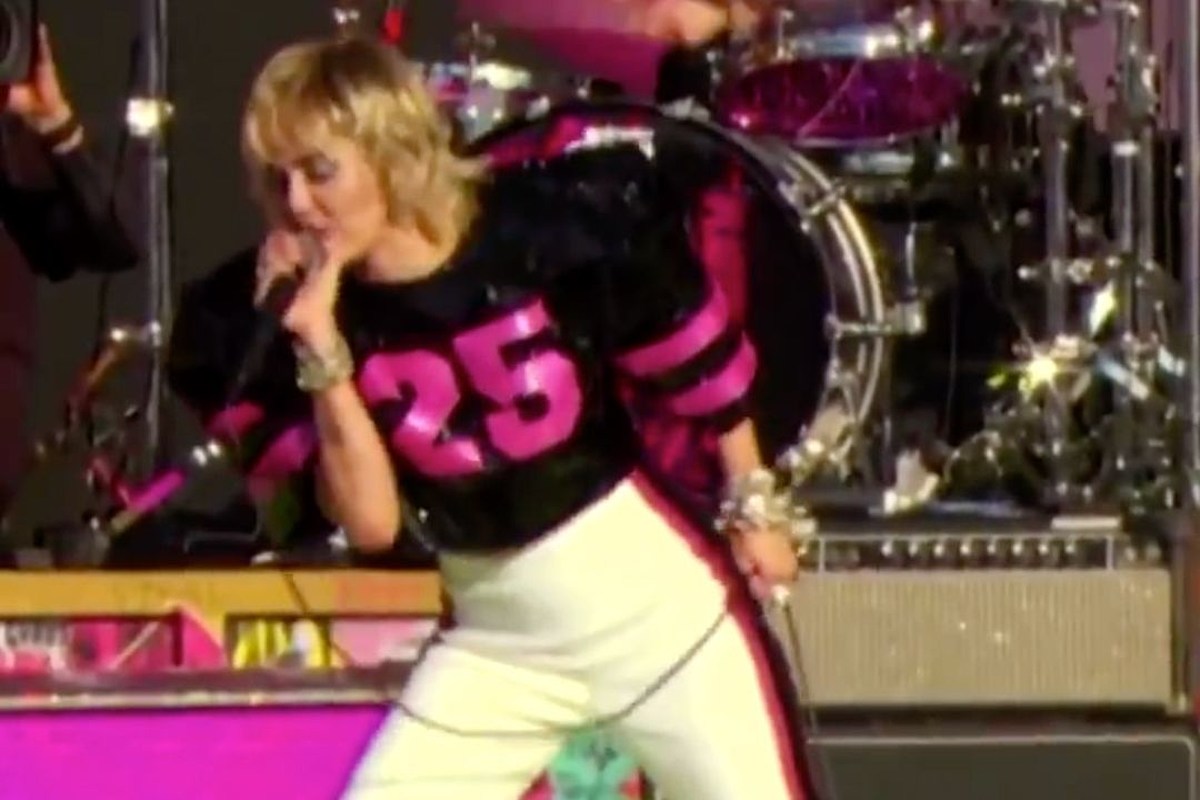 Miley Cyrus kicked off the Super Bowl with a pre-game TikTok concert.

On Sunday (February 7), the Hannah Montana alum held a full-scale concert that was hosted by Steve Harvey and MJ Acosta. The show also featured country singer Kane Brown and actress Rebel Wilson. It is available to view on the social media platform with a portion of the show set to air on CBS.

Cyrus performed in front of a small crowd of frontline workers who were vaccinated for COVID-19 and wearing face masks during the event.

Cyrus' show had a handful of viral moments, like when she dressed as a punk rock cheerleader and performed "Hey Mickey." Cyrus brought Billy Idol out to perform "Night Crawling" and his hit, 'White Wedding."  Fans were also surprised with Joan Jett for a performance of "Bad Karma" along with her iconic hits, "Bad Reputation" and "I Hate Myself For Loving You."

Cyrus performed her new music off of her latest record Plastic Hearts, along with her breakout hits like "Party in the U.S.A." She ended the show with an epic performance of "The Climb."