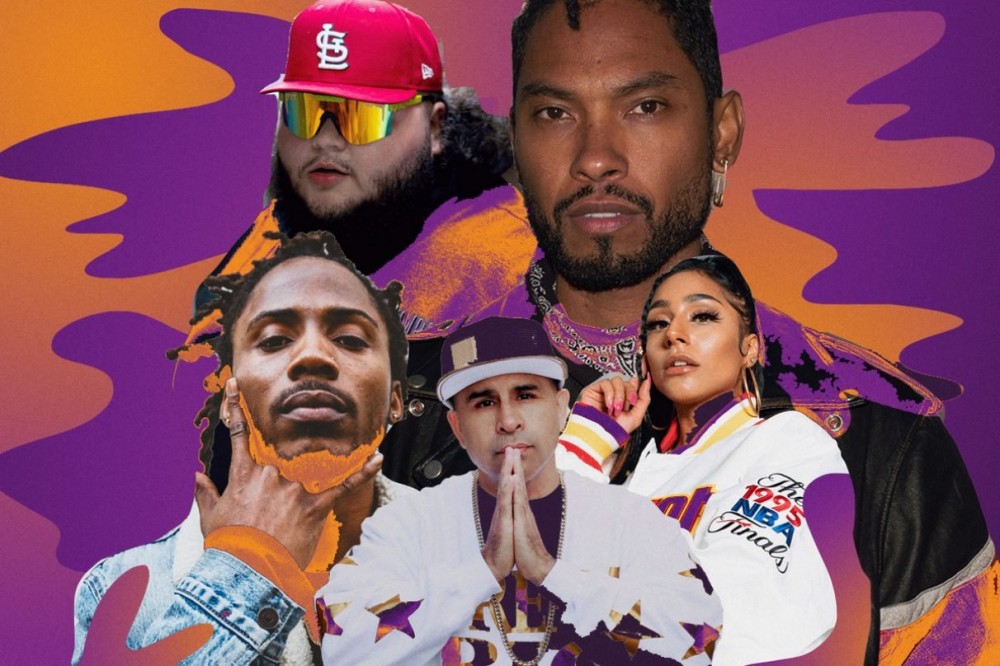 The fourth and final El Patio Tecate livestream concert of the year is upon us. R&B singer-songwriter Miguel is leading the bill for the virtual concert taking place on Friday, Dec. 18.

The popular beer brand Tecate kicked off the El Patio concert series back in August as an initiative to celebrate Mexican culture. The very first show was co-headlined by regional Mexican music acts Fuerza Regida and El Fantasma. In a lead-up to last month’s El Día de Los Muertos celebrations, Mexican singer Natalia Lafourcade was the top artist on that bill.

Miguel, who is Afro-Latinx thanks to his Mexican roots, is top-billed performer for this final El Patio Tecate concert of the year. He released his first Spanish-language EP Te Lo Dije in April 2019. The show will be live-streamed on Tecate’s YouTube channel, Facebook, Twitter, and official website starting tomorrow at 6:00 p.m. PST.

Also on the bill is rising hip-hop star D Smoke, who can rap both in English and Spanish. At next month’s Grammy Awards, he is up for Best New Artist and Best Rap Album for Black Habits.

Rancho Humilde’s newest signing Bo Bundy is coming through as well. The rapper hailing from Houston made a splash this year with his indie single “Mi Barrio.” Bundy’s first release with the label that’s home to Natanael Cano was “Colorados” in September.

Krystall Poppin will also be representing Texas. The rapper hails from El Paso and last year she made waves with her album Raw Gold Honey. MC Magic from Phoenix will bring more melodic rap to the table.

The show will be streaming live from Electric Pony Studios in L.A. and from a location in Houston.