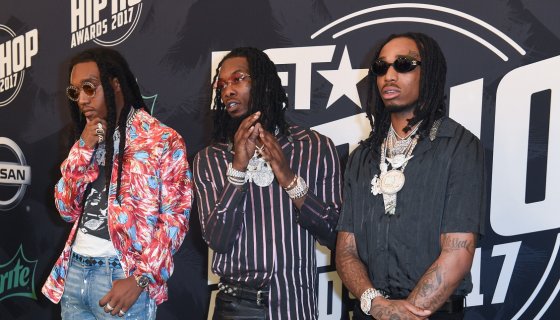 Stand up ATL for the have returned! After taking a lengthy hiatus to go on their dolo routes the ATLiens reunite to drop some new work for their day-ones.

With Culture III on the way the Big Peach trio come through with some new visuals to “Racks 2 Skinny” which features Offset, Quavo and Takeoff flaunting stacks of cash, buckets of ice, and luxury cars like it’s their everyday routine. On a more comedic note the trio also decide to show their fans just how well they eat as they whip up some ground meat goodness in their videos to “Tack Tuesday.” Vegans might wanna skip this one though.

Speaking of trios going solo, Westside Gunn takes a break from his Griselda group and rocks dolo with his home team in tow as they get their thug on for his visuals to “Euro Step.” Wasn’t no dancing in this video so don’t let the title mislead y’all.

Check out the rest of today’s drops including work from Young Dolph, Lil Durk, and more.