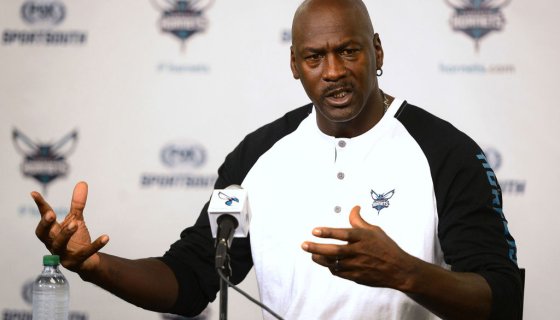 One of the greatest athletes and cultural icons of all time has used the power of his global voice. #23 aka Michael Jordan is .

As spotted on Bossip, Air Jordan is also seeing the country unravel due to police brutality. The Chicago Bulls legend has released a formal statement detailing his frustration. “I am deeply saddened, truly pained and plain angry,” he said. “I see and feel everyone’s pain, outrage and frustration. I stand with those who are calling out the ingrained racism and violence toward people in our country. We have had enough.”

MJ continued to urge people to move with love. “We must listen to each other, show compassion and empathy and never turn our backs on senseless brutality. We need to continue peaceful expressions against injustice and demand accountability. Our unified voice needs to put pressure on our leaders to change our laws, or else we need to use our vote to create systemic change” he asked.

In closing he gave his condolences to family and everyone who has suffered at the hands of police brutality. “My heart goes out to George Floyd and to the countless others whose lives have been brutally and senselessly taken through acts of racism and injustice.”

A statement from Michael Jordan:

Historically Jordan has been criticized for staying silent during critical cultural moments throughout his career. In 2019 it was revealed he had donated over 30 million dollars in a five year span to several activist organizations.