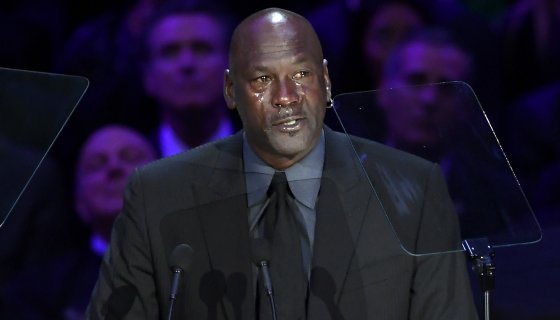 The world now has formally given their goodbyes to one of the best to ever do it. has been commemorated by his friends and peers.

The late great NBA legend was given a memorial of historic proportions on Monday, February 24. As expected there were several touching moments including Vanessa Bryant’s first public comments regarding the tragedy and several memories shared by Shaquille O’Neal. Michael Jordan, who isn’t known for showing much emotion, made the most during his time on stage.

“When died, a piece of me died, and as I look in this arena, across the globe, a piece of you died” he revealed. MJ went on to detail his love for his “little brother” as he tears flowed down his face. “I promise you, from this day forward, I will live with the memories and knowing that I had a little brother. I tried to help in every way I could. Please rest in peace little brother.”

His speech lasted 12 minutes in total. Even as he was overwhelmed with emotion and grief he found an opportunity to make the world laugh with a reference to the infamous Jordan face meme. “Now he’s got me. I’ll have to look at another crying meme for the next… I told my wife I wasn’t going to do this because I didn’t want to see that for the next three or four years” he joked. The moment of laughter was definitely welcomed by the crowd.

You can see the speech below.