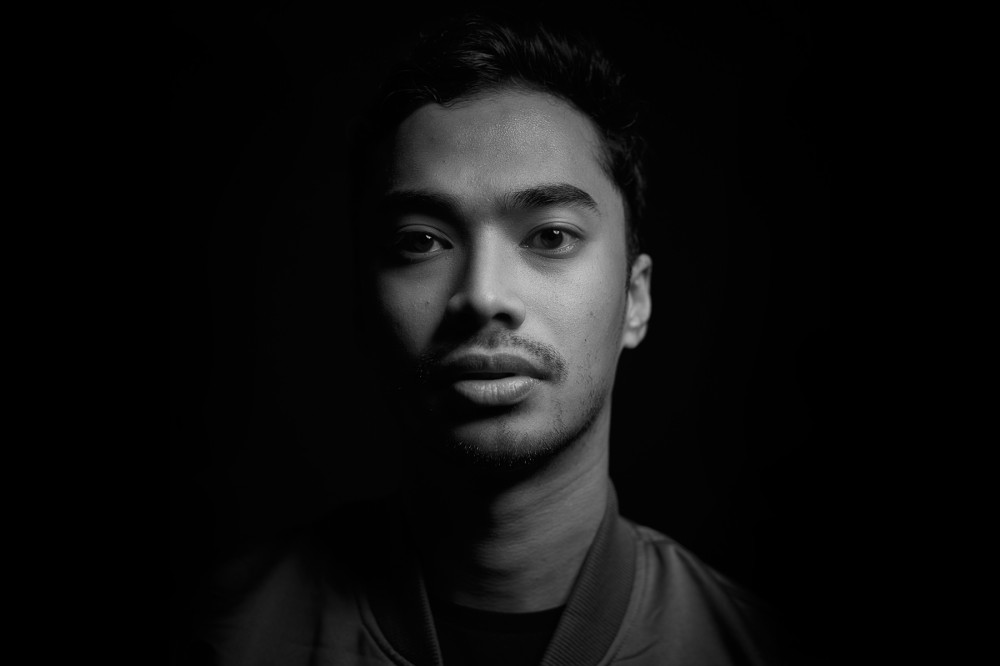 All three tracks feature contributions from the Haitian-born, New York-based artist-producer Michael Brun. Brun has been working with Balvin intermittently since 2018; he also introduced the Colombian superstar to Mr. Eazi, leading to their essential collaboration “Como un Bebe.”

Brun discussed making Colores with Balvin’s go-to producer, “Sky” Rompiendo and other collaborators in Miami and Medellín. The jet-setting creation process contrasted starkly with Brun’s current situation: He’s locked down in New York City with his sister, waiting for the COVID-19 pandemic to subside. “I know that was hard for Balvin — seeing all this dark stuff happening and not even knowing if he should drop the album,” Brun says. “But I hope it brings people happiness. I know we were so happy when we were making it.”

The last time we spoke you were talking about making this album at a house in Colombia.
We’ve talked about this since before last year — it’s great it’s finally out. We were in Miami around February 2019. That’s when Balvin really started working on the album. Sky was executive producer, and I feel like they had a really clear image of what they wanted the album to look like, the colors being a central part of it.

They brought me out to Miami. On “Gris” and “Azul,” I laid those guitars down the first day in Miami when I flew in. A lot of writers were there: Bull Nene, Justin Quiles, Dee Mad, one of the producers. Then we went to Medellin and worked out of a farm for a few days. That’s where Diplo came down; there’s a picture of us playing football. Balvin made it fun. We were living together for a few weeks. Sky, Tainy, and me, would all plug into the speaker system into the living room at the farm, an open air thing, and just build songs together. We made so many different ideas, way more than the ten on the project.

What did Balvin communicate to you about what he wanted?
Capturing a range of emotions. In March, we met back up and they were in the stage of listening to the songs and trying to figure out which color each song made them feel.

It was crazy to see the process — Bull Nene, J Quiles, Sky, Balvin are so quick. It made me feel like I had to really work hard to reach that level. With “Azul,” we did that guitar the first day; I’ve been experimenting a lot with guitar lately. The demo was super basic, just reggaeton drums and the guitar. Balvin was excited about it, Quiles came in and had the melody for the hook. It built up in the course of a couple minutes. That hook is massive.

So they made the songs first and assigned the color later — it wasn’t, “today we’re doing blue, go make that.”
No, though he knew from the beginning the album was going to be related to the colors. When I first sent the rough version of “Arcoíris” to him, he had already started to think about the feel and the look, the central theme of the colors. But the actual attribution of a specific color to a specific song happened late in the process.

You’ve been working with Balvin for a few years now. How did you initially connect?
It was actually Marissa Gastelum from Apple. When I started doing Bayo, my song and the shows, I met with Apple for a general music meeting, connecting with the indie editor and the dance editor. I played them “Bayo” and told them I really wanted to work with Balvin — that he would fit the song perfectly. But I had no connection to him. The editors said Marissa would like this and called her in. She said hi, I played her 30 seconds of it, and she told me, “I know Jose, I think he’s gonna love this.” She got my number and then a week later messaged me — she had sent the song to Jose, he loved it, and he wanted to speak with me. A week after that I got “Positivo” from him, which ended up being the World Cup song.

What’s it been like for you as you’ve started working more in the reggaeton world?
It’s really helped with understanding other genres of music and breaking them down. It’s such a rhythmic genre. Whether you’re doing African-influenced music, Caribbean-influenced music, Latin-influenced music, they are all really similar in the elements that build them up. The elements in reggaeton are so clear, and every sound has a purpose. There’s nothing that’s superfluous. The textures aren’t as big of a deal as the actual melodies. That’s what makes it so catchy even if you don’t understand it. Every melody you hear is a hook.

Do you speak Spanish?
Enough to get by. A lot of times I’d have to ask Balvin or Sky — “that means that, right?” I was Google translating so much. Duolingo, man. It’s very helpful! Everybody spoke Spanish, so it really pushed me to pay attention. It’s close to French, luckily, so I could get the rough sense. But then I’d have to really break down what that individual phrase meant.

So mostly when you were writing, you would contribute melodic ideas and they would add lyrics later?
Yeah, and it would be really focused on the beat as well, making sure everything felt right. Then when Quiles or Bull Nene came through, we would just throw ideas out. A lot of times, the first take is what ended up on the album.

You did “Arcoíris” before the Miami session?
“Arcoíris” was done before “Como un Bebe.” That song’s existed for a year and a half maybe? We revised it once Balvin had really focused in on the direction for the album. Eazi re-cut everything properly in March ’cause we added Spanish to his verse. It’s crazy to see a rough idea that came together in Haiti become the rainbow song that represents all the colors on this album.

The initial idea was something I had sent to Jose after recording it with Eazi. I wanted to build a melody line around Buena Vista Social Club. At that point I had just met Eazi and just done the World Cup song with Balvin. When I heard what Eazi did on “Arcoíris,” I felt Balvin had to hear it, so I sent it to him. I told Eazi, “I think I know someone who’s gonna like this a lot.” Balvin sent me back a video of him dancing to the track on his jet.

Why did you want to play around with the Buena Vista Social Club?
[“Chan Chan”] is such a classic song. I was lying down in Haiti in my parents’ house on the couch with my laptop on my chest, messing with the sample at different points. I did the flute sound and the drums on the laptop speakers and built the track in maybe an hour and a half. That rough draft was what I cut Eazi’s vocals to. My interpretation was, if you were to take the vibe of the Buena Vista record and put it into a modern club, it would be that flute.

The sample felt so classic. Cuba is like Haiti — the intersection of Latin America, the Caribbean, and Africa. My goal was thinking about in terms of connecting the world. What a crazy project if I can get Mr. Eazi and Balvin to be on a song together with a Cuban sample, make a song that’s multilingual, uniting all these regions.