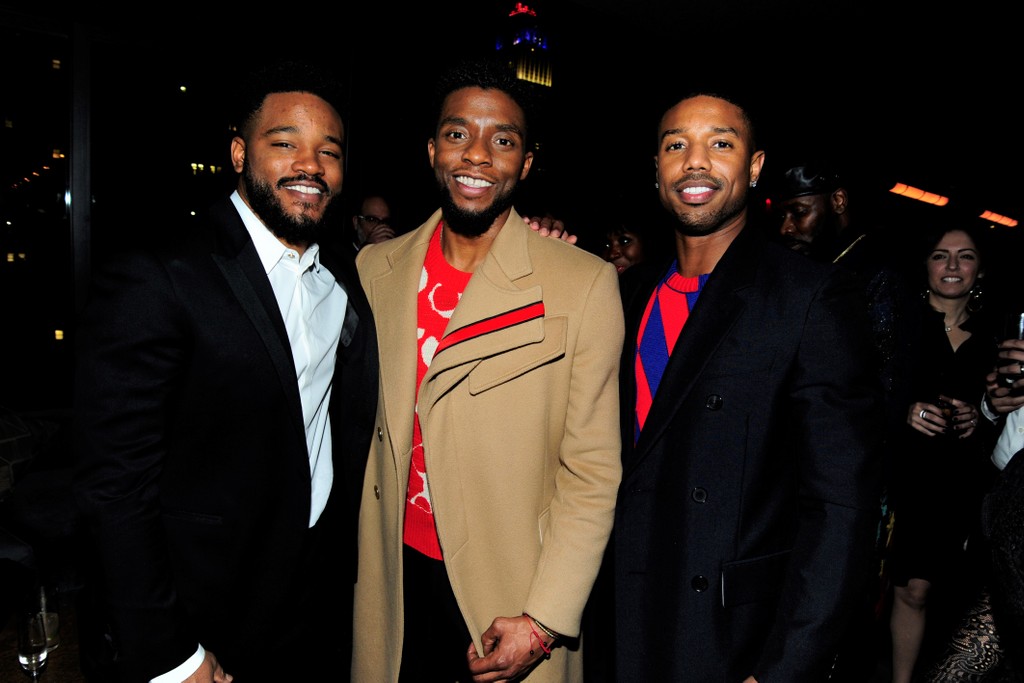 “I haven’t grieved a loss this acute before.”

Michael B. Jordan and Ryan Coogler and other members of the Black Panther family shared touching statements following the death of Chadwick Boseman.

“I’ve been trying to find the words, but nothing comes close to how I feel,” Jordan wrote on Instagram on Monday (Aug. 31). “I’ve been reflecting on every moment, every conversation, every laugh, every disagreement, every hug…everything. I wish we had more time.”

Jordan, who portrayed Eric Kilmonger in Black Panther, shared some of the lessons that he learned from Boseman while lamenting that he wished for more time with his friend.

“I’m more aware now than ever that time is short with people we love and admire. I’m gonna [sic] miss your honesty, your generosity, your sense of humor, and incredible gifts. I’ll miss the gift of sharing space with you in scenes. I’m dedicating the rest of my days to live the way you did. With grace, courage, and no regrets. ‘Is this your king!?’ Yes . he . is!  Rest In Power Brother.”

I’ve been trying to find the words, but nothing comes close to how I feel. I’ve been reflecting on every moment, every conversation, every laugh, every disagreement, every hug…everything. I wish we had more time. One of the last times we spoke, you said we were forever linked , and now the truth of that means more to me than ever. Since nearly the beginning of my career, starting with All My Children when I was 16 years old you paved the way for me. You showed me how to be better, honor purpose, and create legacy. And whether you’ve known it or not…I’ve been watching, learning and constantly motivated by your greatness. I wish we had more time. Everything you’ve given the world … the legends and heroes that you’ve shown us we are … will live on forever. But the thing that hurts the most is that I now understand how much of a legend and hero YOU are. Through it all, you never lost sight of what you loved most. You cared about your family , your friends, your craft, your spirit. You cared about the kids, the community, our culture and humanity. You cared about me. You are my big brother, but I never fully got a chance to tell you, or to truly give you your flowers while you were here. I wish we had more time. I’m more aware now than ever that time is short with people we love and admire. I’m gonna miss your honesty, your generosity, your sense of humor, and incredible gifts. I’ll miss the gift of sharing space with you in scenes. I’m dedicating the rest of my days to live the way you did. With grace, courage, and no regrets. “Is this your king!?” Yes . he . is! Rest In Power Brother.

Coogler detailed meeting the South Carolina native in person after he signed on for the Marvel film in 2016. They quickly forged a friendship, discussing everything from Coogler’s college football days to Boseman’s time at Howard University; to fellow Howard alum, Ta-Nehisi Coates, writing Marvel’s Black Panther graphic novel series, and the police murder of an H.U. student that inspired Coates’ best-selling memoir.

Coogler described Boseman as an “anomaly” and “special person” with whom he would speak regularly about “heritage and what it means to be African.” Boseman was calm and collected, but also comforting and kind, and “constantly studying.”

During preparations for Black Panther, Boseman pondered how “every dissension, every choice” would not only reflect on him but others. He knew that Black Panther would be huge, even when Coogler didn’t believe the film would do well. “I look back and realize that Chad knew something we all didn’t. He was playing the long game.  All while putting in the work. And work he did.”

Boseman attended auditions for supporting roles in the film, including several with Winston Duke (M’Baku) and Leticia Wright (Shuri). After shooting all day, Coogler and Boseman would meet in the office of his Atlanta rental home to go over lines, costumes, and more. Boseman even encouraged him to write the infamous “Bury me in the ocean with my ancestors”  line uttered by Kilmonger. Coogler also noted that Boseman “deeply valued his privacy” and confirmed that he didn’t know about his cancer battle.

“I haven’t grieved a loss this acute before,” admitted Coogler. “I spent the last year preparing, imagining and writing words for him to say, that we weren’t destined to see. It leaves me broken knowing that I won’t be able to watch another close-up of him in the monitor again or walk up to him and ask for another take.

“It hurts more to know that we can’t have another conversation, or facetime, or text message exchange. He would send vegetarian recipes and eating regimens for my family and me to follow during the pandemic.  He would check in on me and my loved ones, even as he dealt with the scourge of cancer.

In closing, Coogler noted the African tradition of referring to dead loved ones as ancestors.  “It is with a heavy heart and a sense of deep gratitude to have ever been in his presence, that I have to reckon with the fact that Chad is an ancestor now. And I know that he will watch over us, until we meet again.”

Wright and other Black Panther stars, Danai Gurira, Angela Bassett, and Sterling K. Brown, were among the droves of actors, fans, friends, directors and colleagues who spoke out about Boseman’s death.

Boseman died last week following a four-year bout with colon cancer. He was 43. After his passing, it was revealed that he filmed Black Panther and multiple films while receiving cancer treatment.

Read some of the beautiful tributes to him below.

My brother… my hero … my Blackpanther…

I don’t have words. Rest In Peace, Bruh. Thank you for all you did while you were here. Thank you for being a friend. You are loved. You will be missed. 🤜🏿🤛🏿 https://t.co/8rK4dWmorq

Black Hollywood is small. Like a small village. When you think about it, there’s really a handful of us working actors, writers, HODs, crew, directors in a massive industry. One absence devastates. Chad loomed large among us. We will miss him, never forget him, love him – always. pic.twitter.com/yB3S9q8L40

“It was meant to be for Chadwick and me to be connected, for us to be family. But what many don’t know is our story began long before his historic turn as Black Panther. During the premiere party for Black Panther, Chadwick reminded me of something. He whispered that when I received my honorary degree from Howard University, his alma mater, he was the student assigned to escort me that day. And here we were, years later as friends and colleagues, enjoying the most glorious night ever! We’d spent weeks prepping, working, sitting next to each other every morning in makeup chairs, preparing for the day together as mother and son. I am honored that we enjoyed that full circle experience. This young man’s dedication was awe-inspiring, his smile contagious, his talent unreal. So I pay tribute to a beautiful spirit, a consummate artist, a soulful brother…”thou aren’t not dead but flown afar…”. All you possessed, Chadwick, you freely gave. Rest now, sweet prince.” #WakandaForever

Breaking my twitter silence to share some beauty. This was one of my final texts from the brilliant & once-in-lifetime talent, @chadwickboseman – take this in & celebrate life. He knew how precious every moment was. Tonight the Heavens received one of its most powerful angels. pic.twitter.com/Hj8Cb1IfZS