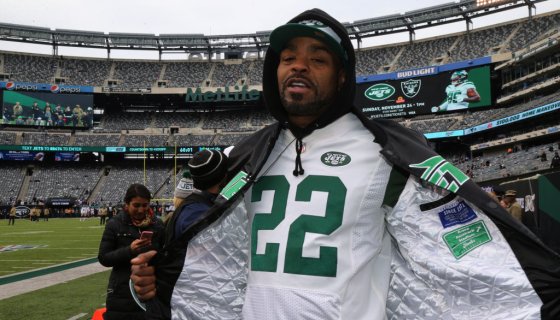 will go down in history as one of the most influential collectives in Hip-Hop, transforming the recording industry in the 1990s by their sheer will and creativity. , one of the standout members of the crew, shared in a new interview that across the sprawling crew, the most slept-on swordsman is Inspectah Deck.

Mr. Mef sat down with for the former 3rd Bass rapper’s Serch Says podcast, quarantine-style. From their respective locations, Serch and Method, who have some history with one another, shared stories about coming up in New York with Method Man sharing a heartwarming story about a handful of teachers including one who inspired him to get his GED after dropping out of high school.

The pair also shared stories of how they met their wives and also got into a bit of Method’s songwriting process. Around the 27:00-minute mark, Serch played “Protect Ya Neck,” the Wu-Tang Clan’s breakout single that kickstarted everything. Serch jokingly asks Method Man if he remembers the song, with the baritone-voiced rapper saying that “it’s all coming back to me now.”

During the track, Method lights up when he hears Deck’s voice, declaring “that’s my guy” and said the same when Raekwon’s verse played. This prompted Serch to launch into an interesting discussion about Deck’s place in Hip-Hop and wondered aloud if his notoriety was stunted in any way. Method artfully explains that while Deck isn’t mentioned first among his crew, the Rebel INS is definitely known for, to quote Mef, “iconic verses.”

Another great reveal in the interview is Cappadonna, formerly known as Original, was instrumental in helping the Clan become rappers themselves, picking up the trade before any of the other members did.

To check out that portion of the chat, hop to the 27:00-minute mark in the video below, but the entire interview itself is enlightening and refreshing. Salute to MC Serch and the Serch Says crew.